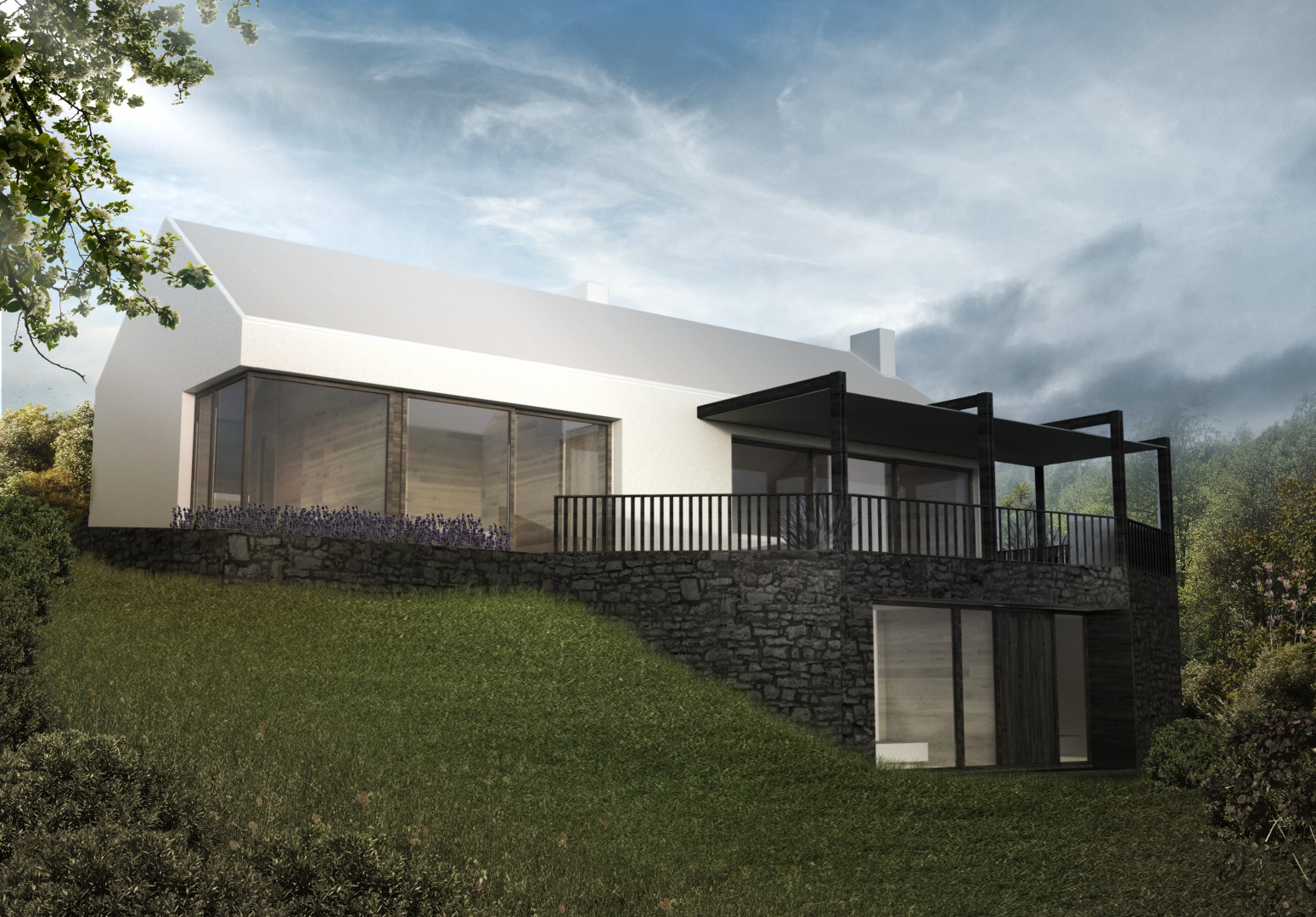 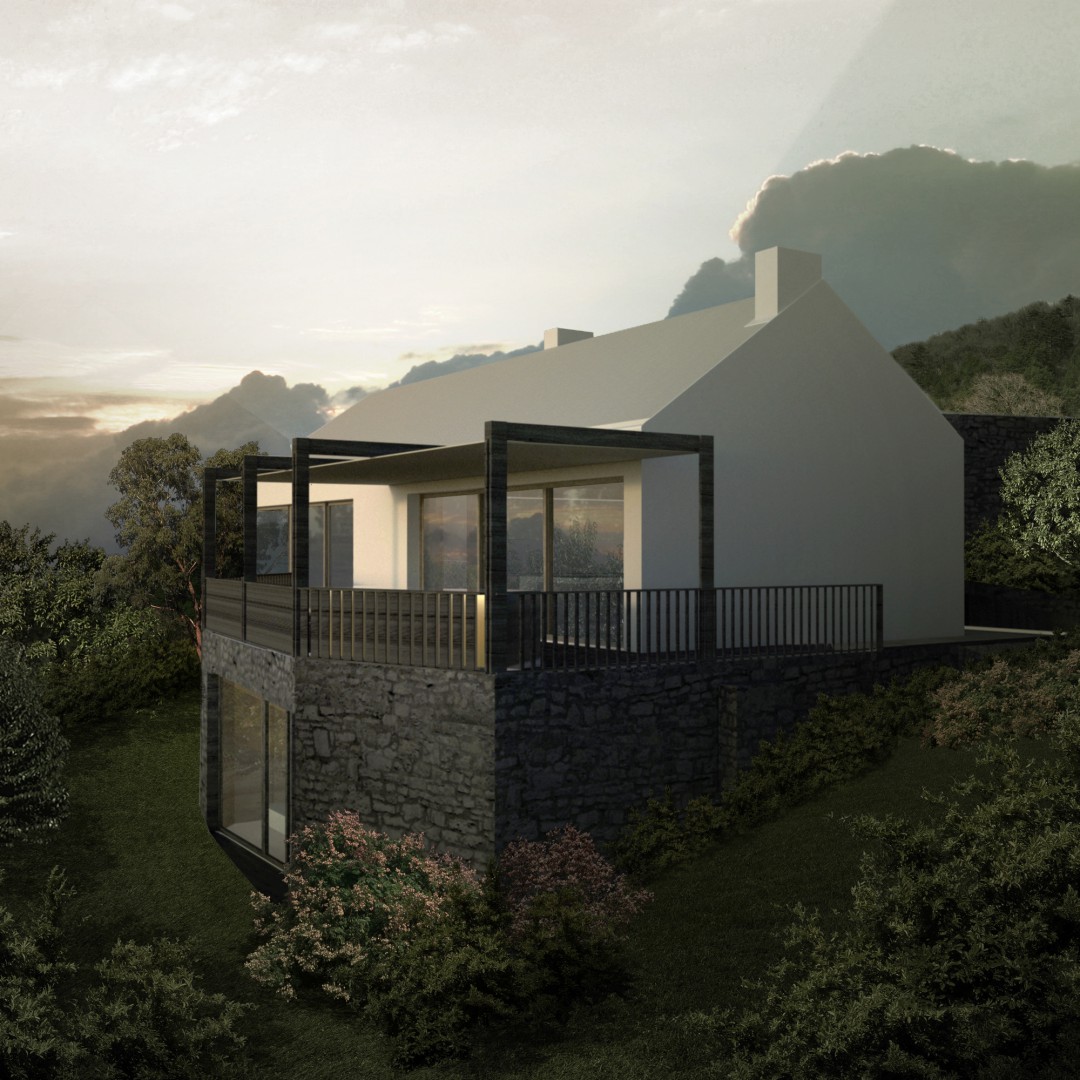 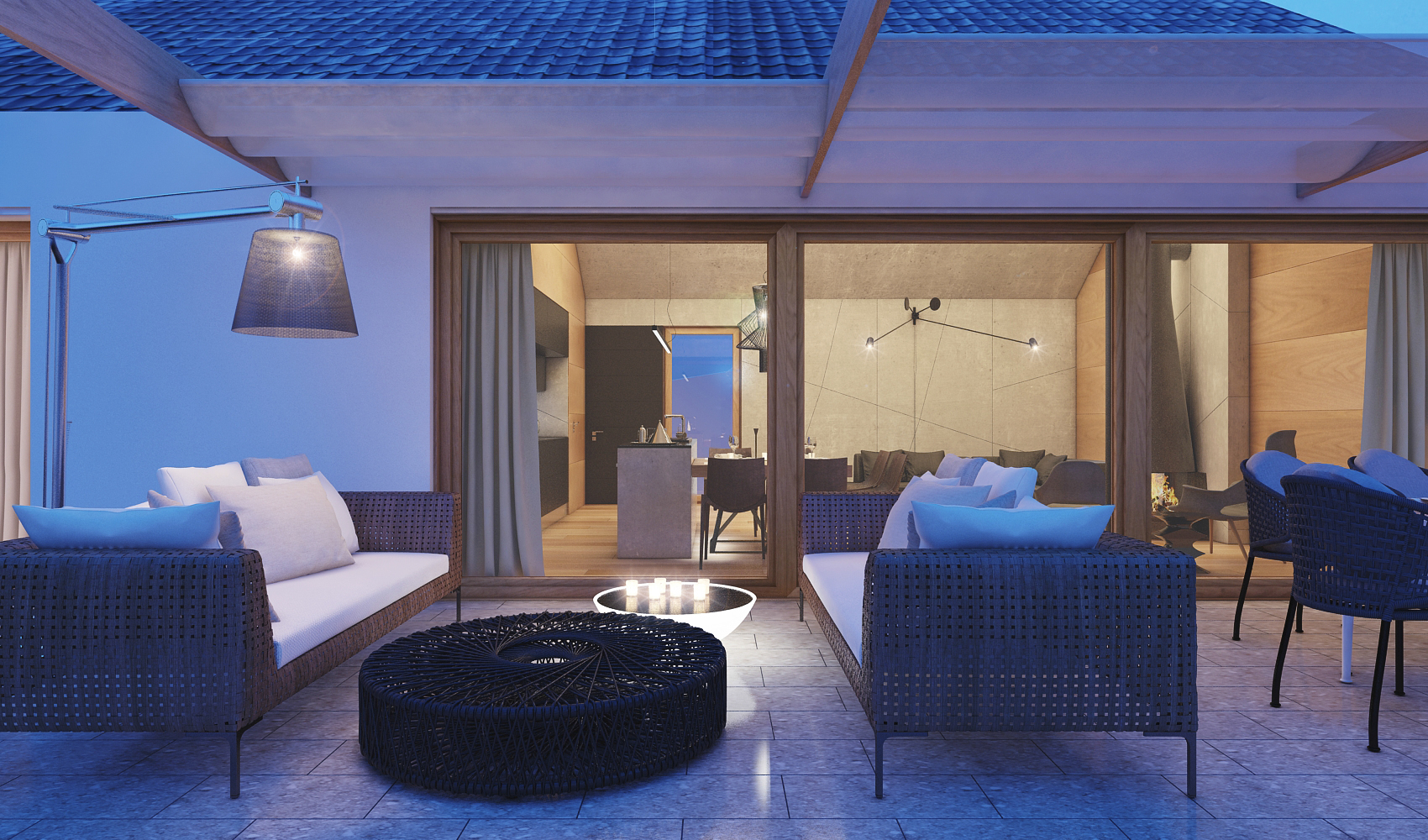 In 2014, we were asked to design a small family vacation home. The planning site is located in the Arács part of Balatonfüred, on a hillside with a panoramic view of Lake Balaton. The customer's demand was to design a holiday house, where, in addition to the family living room-kitchen-bedroom combination, the extra rooms are located separately, which can even function as a guest room, with separate washbasins and a kitchenette.

Due to the small buildability of the plot, we decided to create a two-storey mass, which was placed offset on the terrain lines of the steep hillside. This ensured that the natural soil conditions of the hill had to be interfered with as little as possible and that we were able to separate the family and guest rooms for the lower and upper levels. At the same time, since we placed the two shifted, elongated masses parallel to the contour lines of the terrain, the panorama of Lake Balaton unfolds from almost every room of the building. It was also a goal to hide most of the mass in the ground as much as possible, so the lower wing was given a dark-colored, natural stone cladding. The slightly fragmented facade line-up also matches the terrain lines, making it even fitter to the hillside. The upper, living room-kitchen-bedroom wing has been transformed into a “cottage” building form with a gabled roof, plastered and painted in light colors in accordance with local building traditions. With the contrasting mass formation formed in this way, we achieved that only the upper, smaller mass becomes visible when viewed from Lake Balaton.

The well-thought-out and detailed interior design plans were born from the close cooperation of Sütő Interior Architects with the client and us.