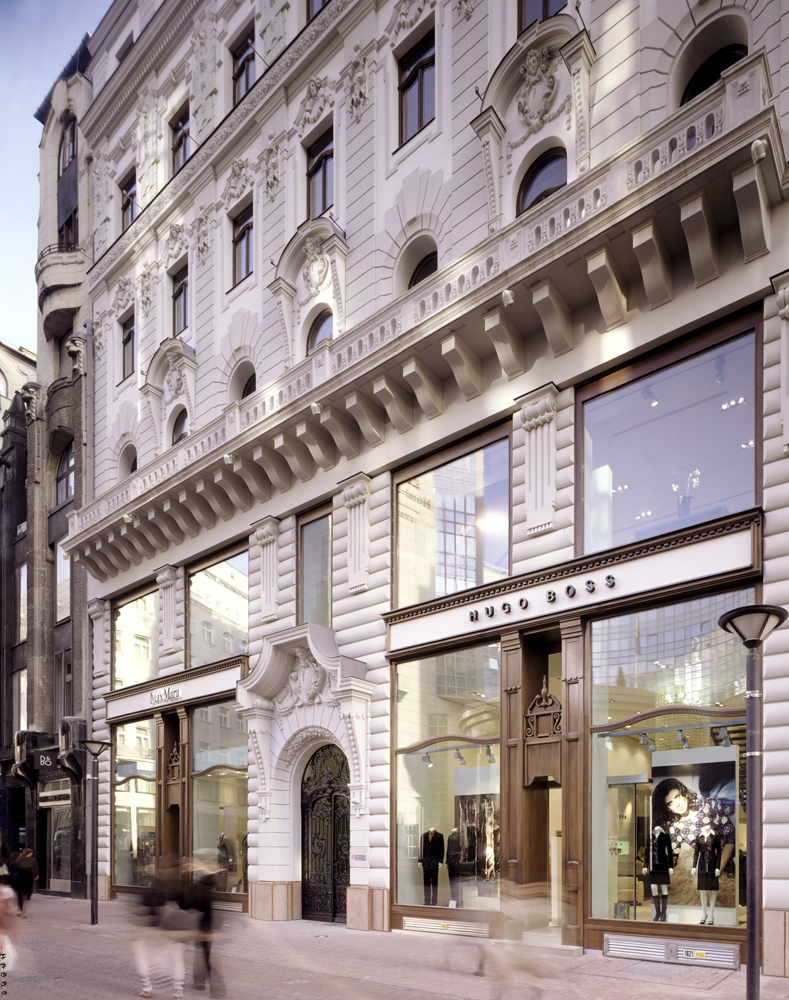 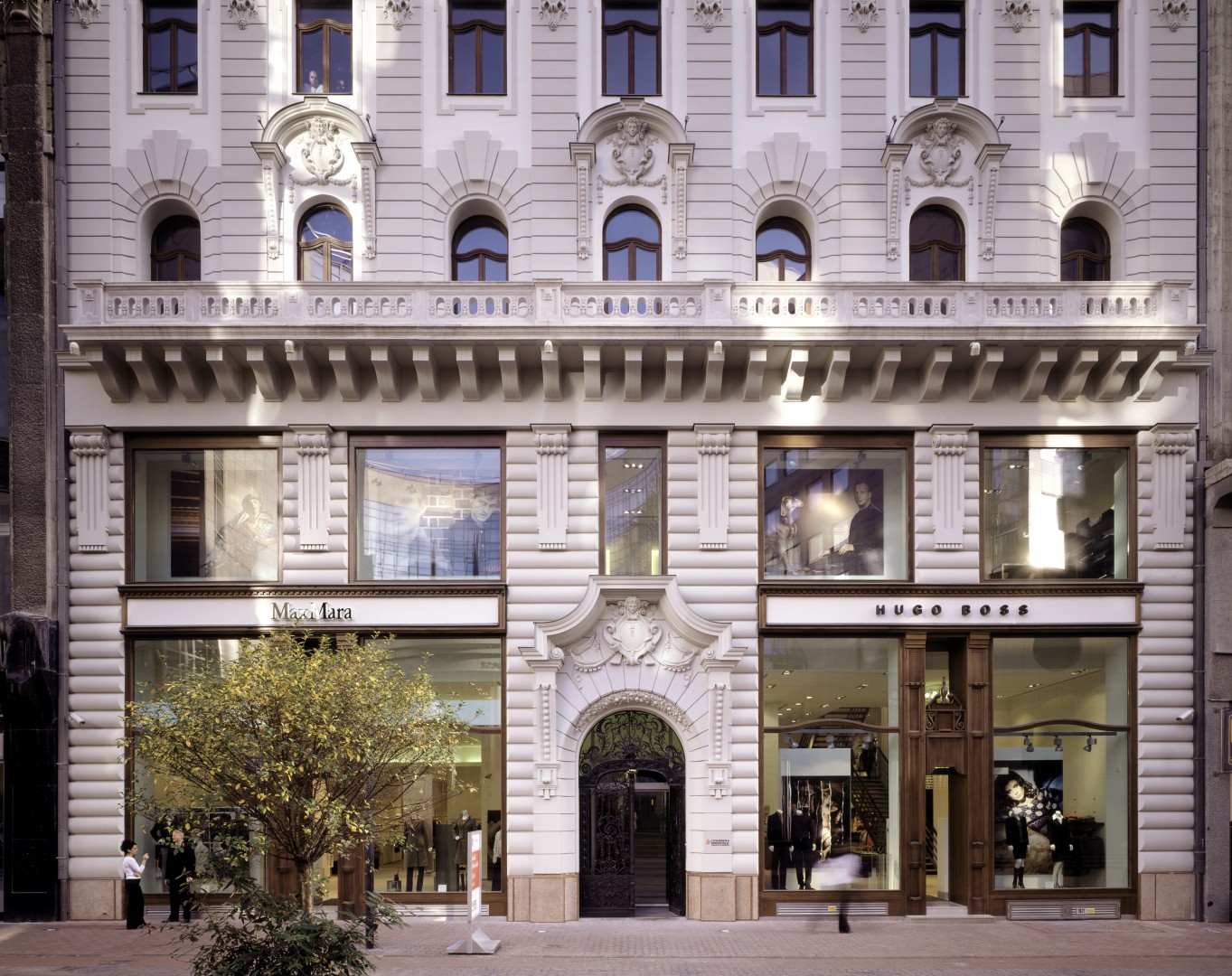 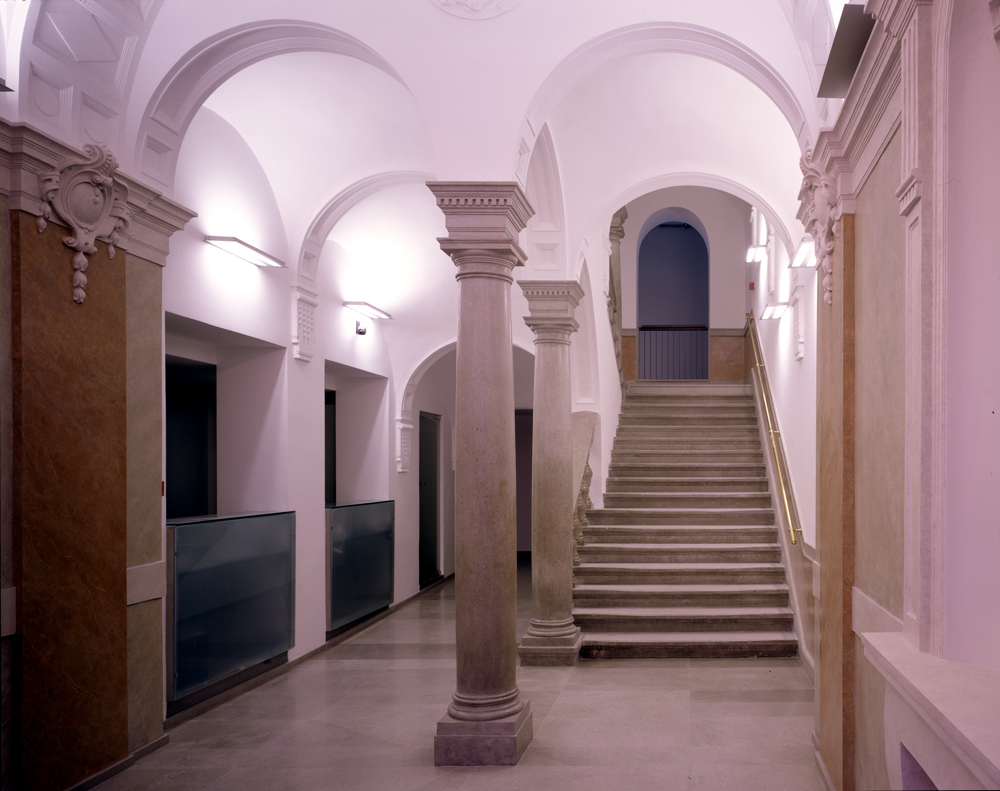 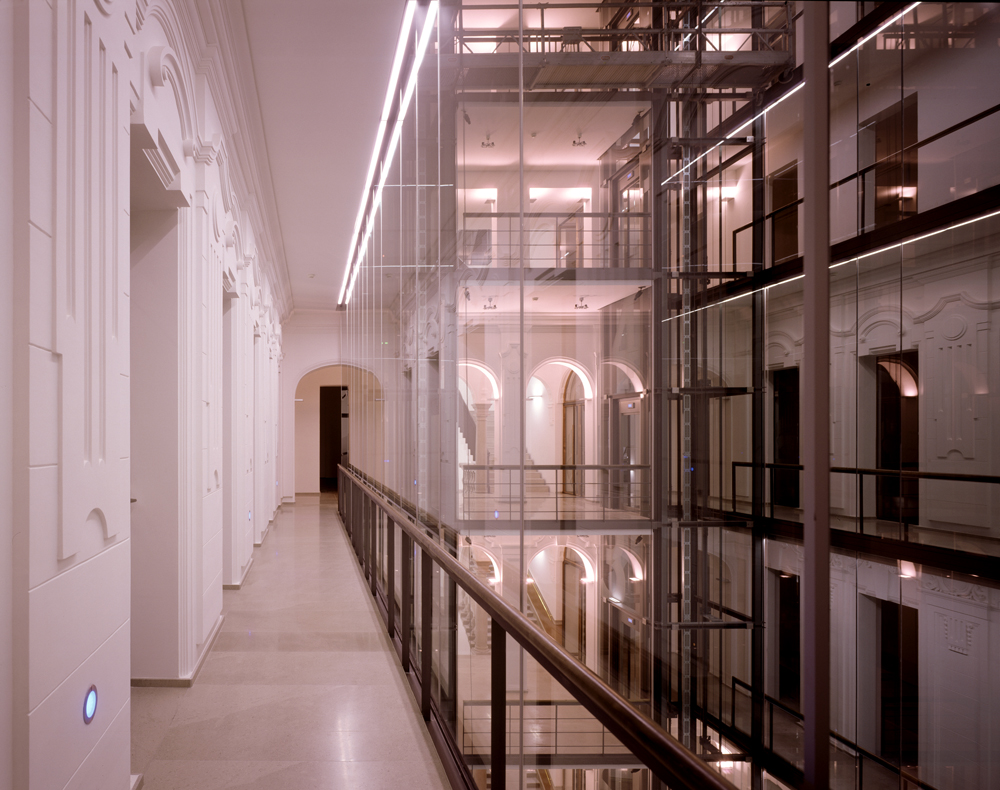 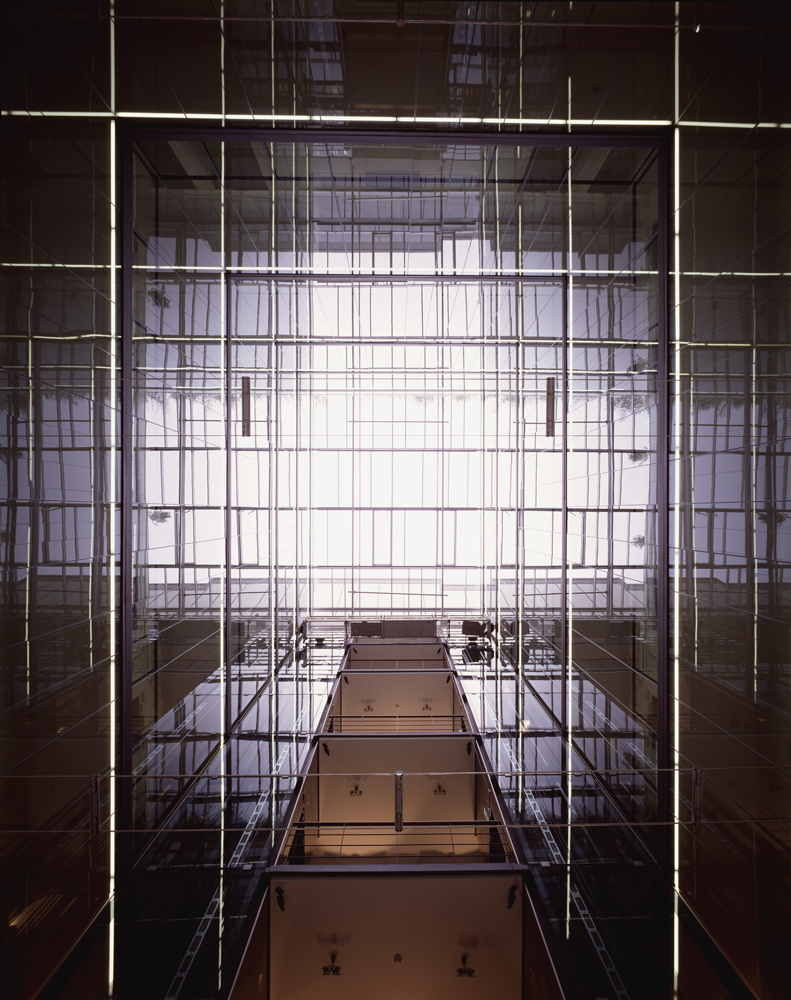 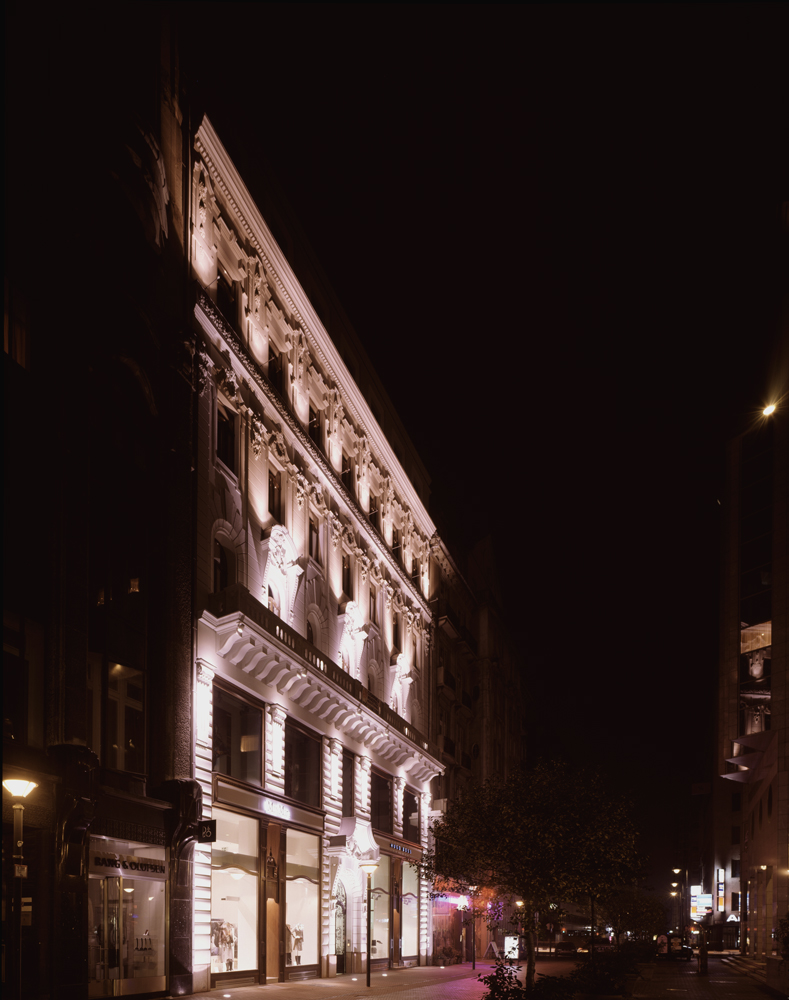 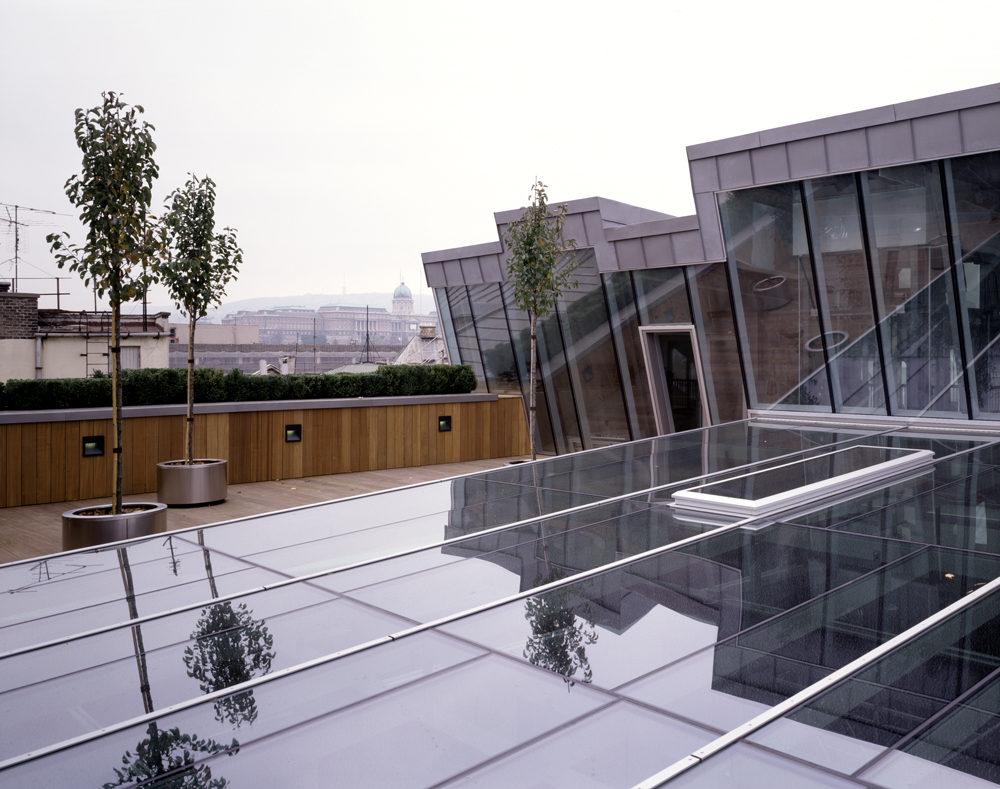 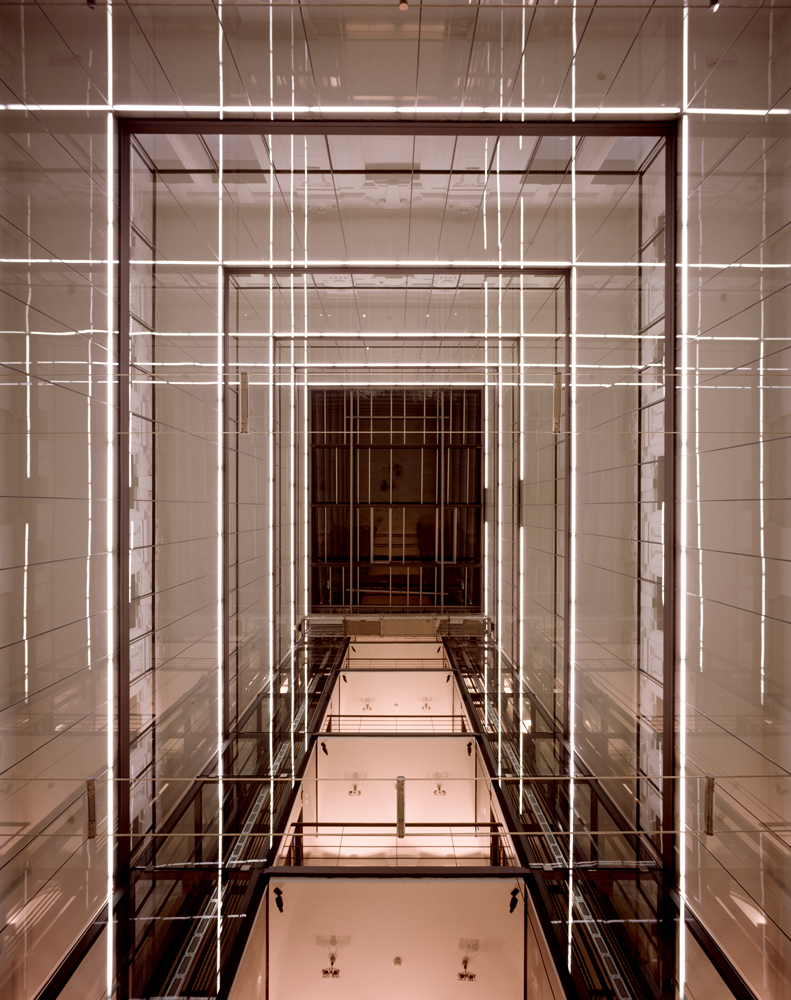 Deák Palace is located in the heart of the 5th district, in the center of Budapest, on Deák Ferenc Street. In his concept, the builder envisioned the creation of a flexible, 21st-century office building that is transparent, open-looking, yet connected to the existing neo-baroque building. The architectural goal was to design a flexible building that would allow for different office layouts - whether closed or open space offices - around the central, glass-covered atrium space.

The building makes maximum use of the available plot space, 2 new levels are connected to the 5 existing levels and a roof terrace is connected to the attic level. As the building faces a pedestrian street, commercial functions were located opposite the Kempinski Hotel Corvinus, on the ground floor and on the front floor of the first floor. The glazed atrium starts from the first floor and continues at the full height of the building, forming the heart of the office spaces. The neo-baroque building inside has been carefully restored, and the completely destroyed façade has been rebuilt on the basis of contemporary photographs. The expansion at the upper levels was mainly made of clear glass, on the one hand, to maximize the open nature and on the other hand to infinity the glazed atrium reflection. Reflection, as such, also expresses the philosophy of the building. During the implementation, a piece of the medieval city wall was found on the basement level, so that the building’s three different eras — medieval, turn-of-the-century (19th-20th century), and 21st-century — interact, creating a rich architectural connection in a single valuable building.