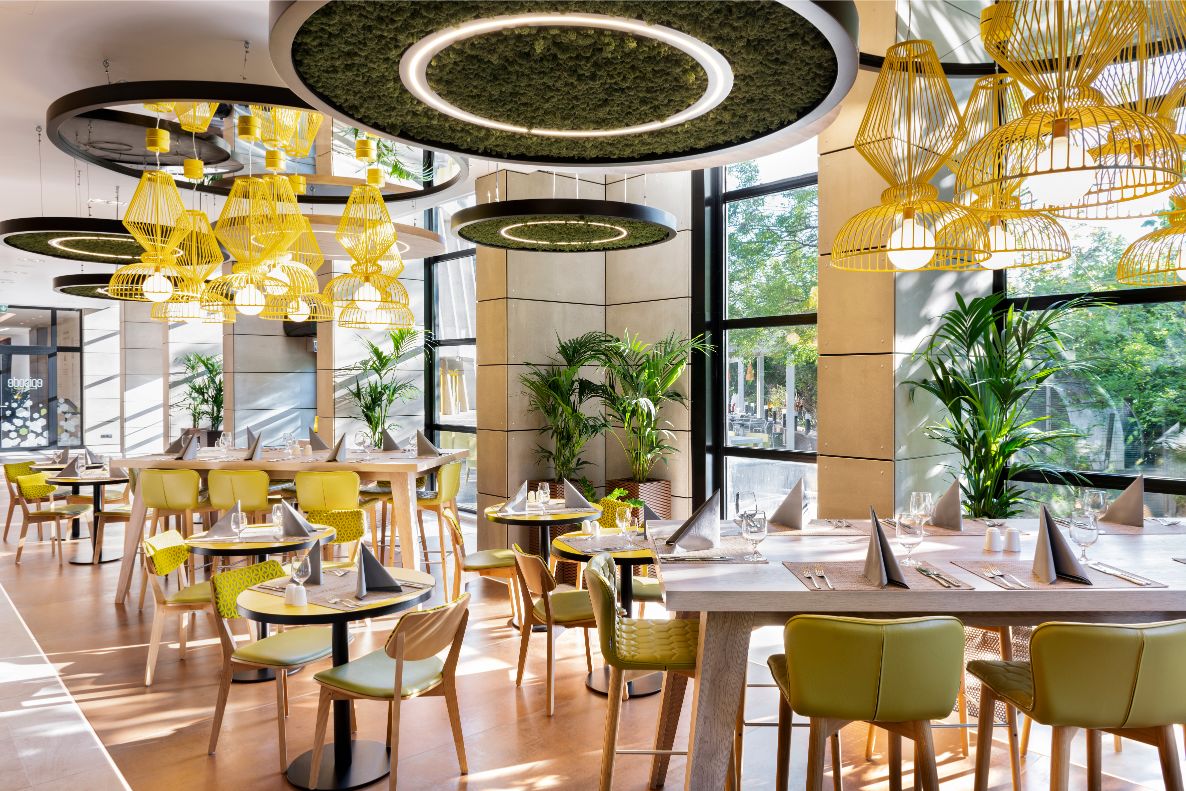 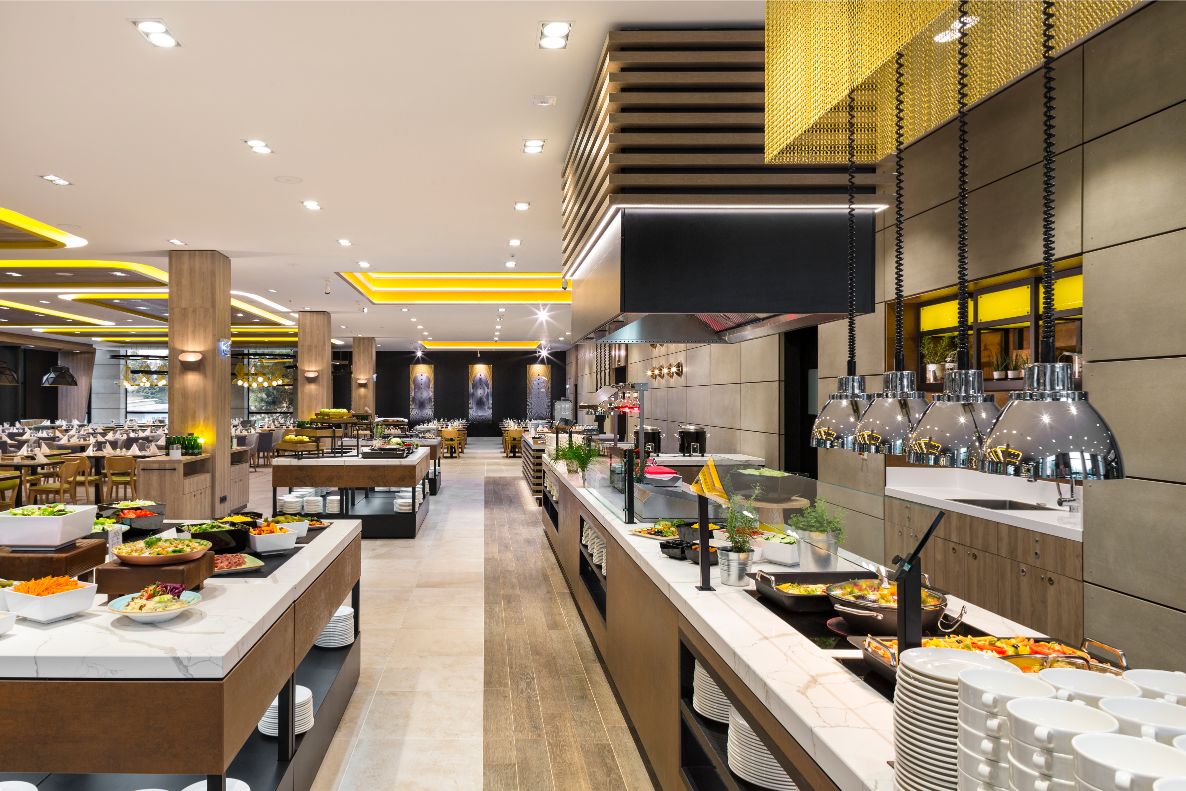 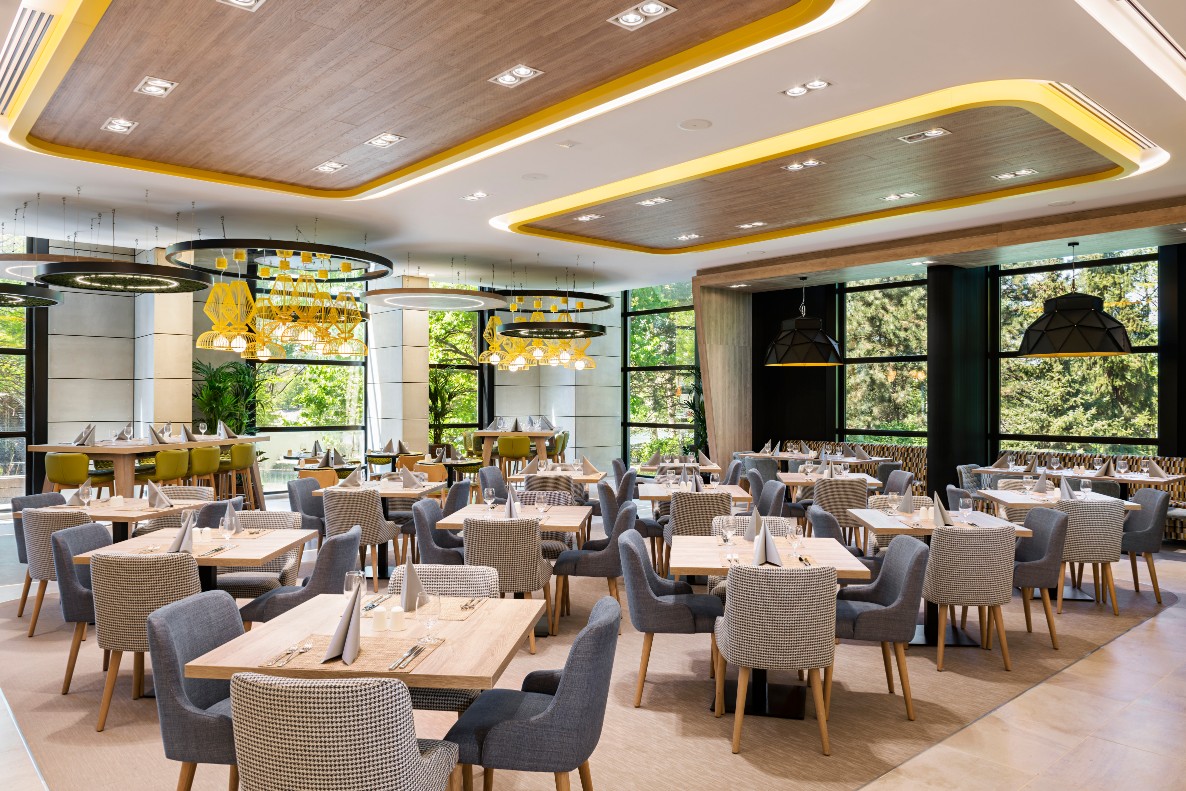 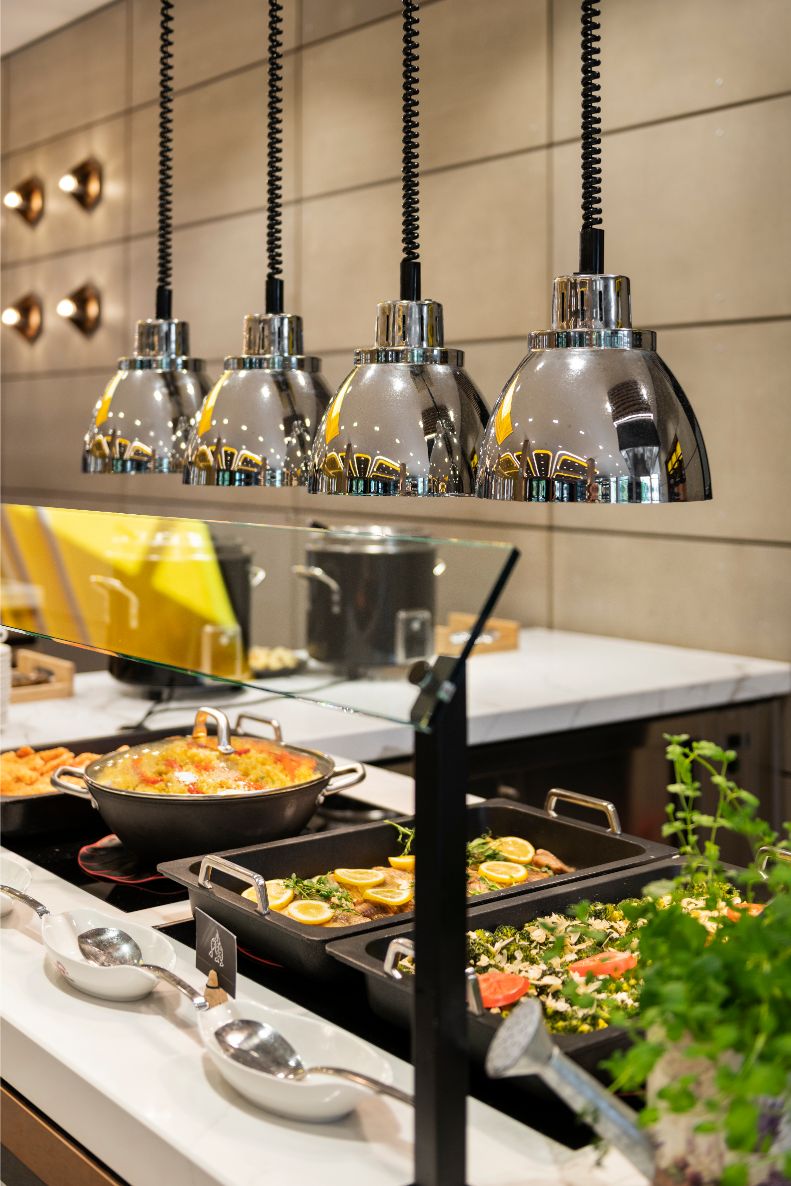 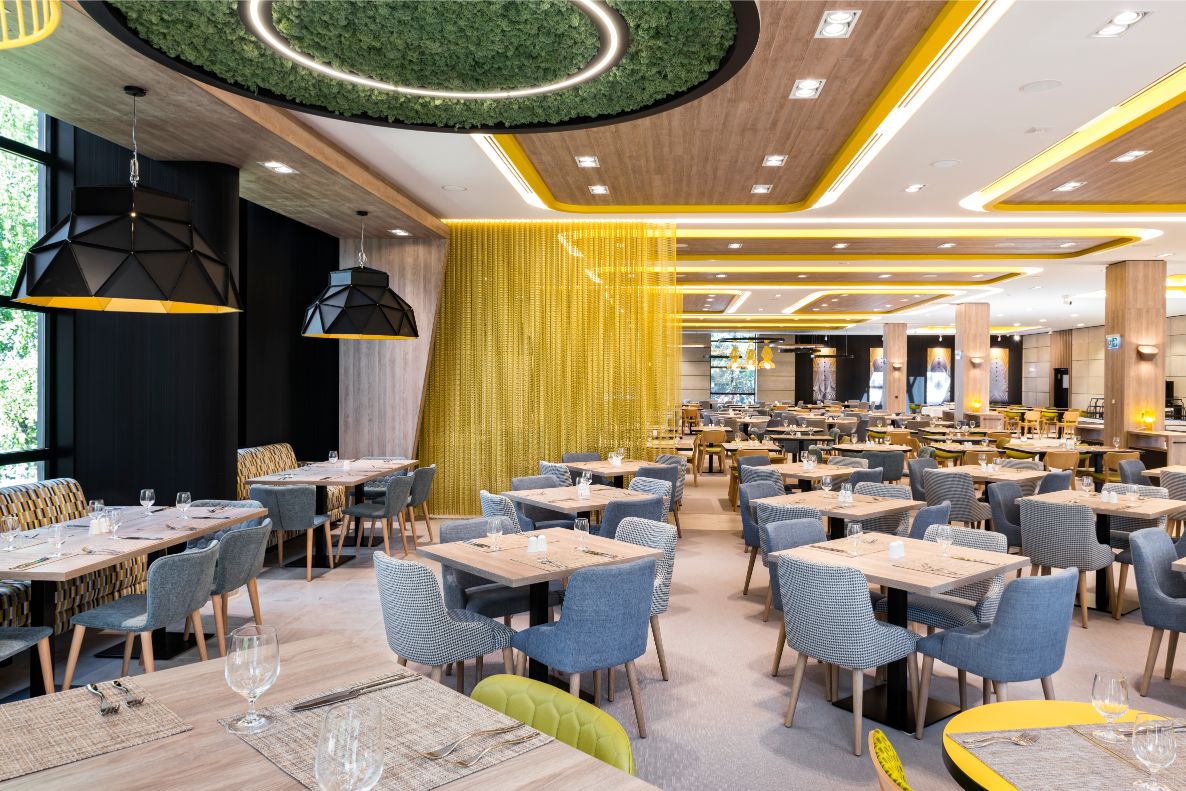 The interior renovation of the Danubius Hotel Hélia, built in the 1990s, continued with the third phase, which included the hotel’s restaurant, terrace, and a conference room on the ground floor. The interior design of the hotel was drawn up in collaboration with interior designer Nathalie Rottenburg. The interior image of the restaurant was developed by preserving the interior design features of the lobby and Yellow Bistro & Bar, which was previously jointly planned and reached the finals of the Gastrodesign Bar - „Pub of the Year” category. The friendly and warm oak wood paneling, the well-known, youthful yellow color from the façade of the building, combined with the matt black doors, windows, and equipment, played a major role in the use of materials and colors. Their use contributed to the formation of a really clear and cheerful interior. It was necessary to refresh the interior of the restaurant, built in the 90s. During the refurbishment, not only the interior design was renewed, but also the kitchen technology was improved, a show kitchen, a drink counter, and a side table composed of three mobile counters were added. Its interior layout has been optimized for versatile events, the large space can be well sectioned into several parts with translucent chain curtains. The redesigned Episode Restaurant can accommodate almost 300 people, and the renovated terrace is connected to it, where an additional 200 people can enjoy the panorama of the Danube.