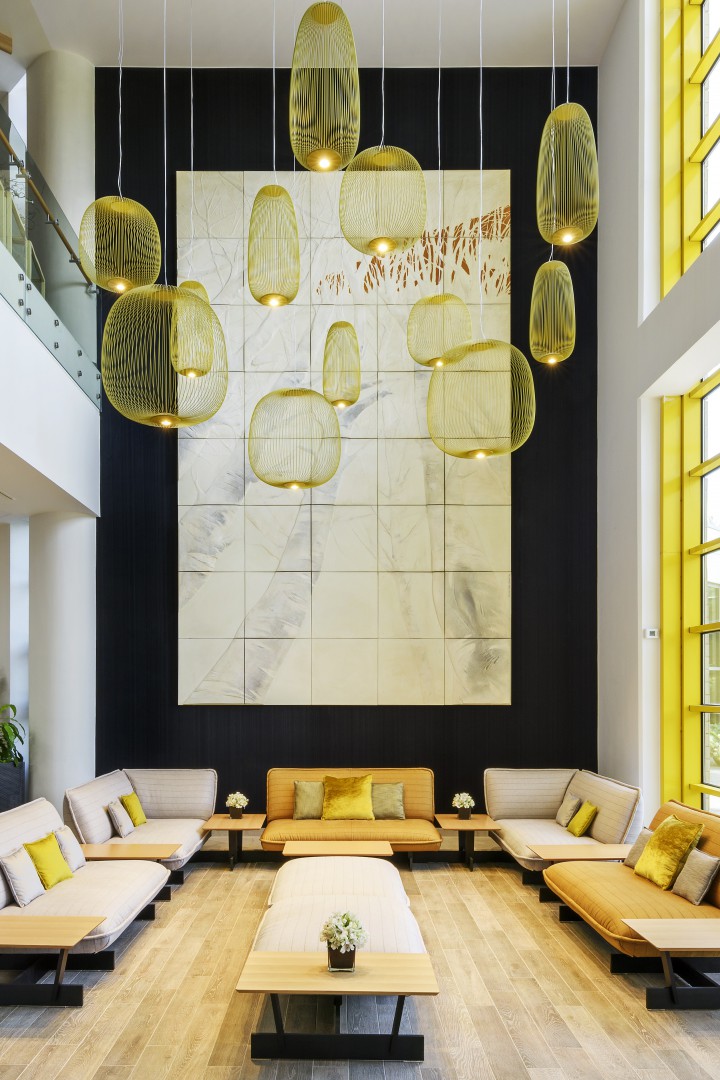 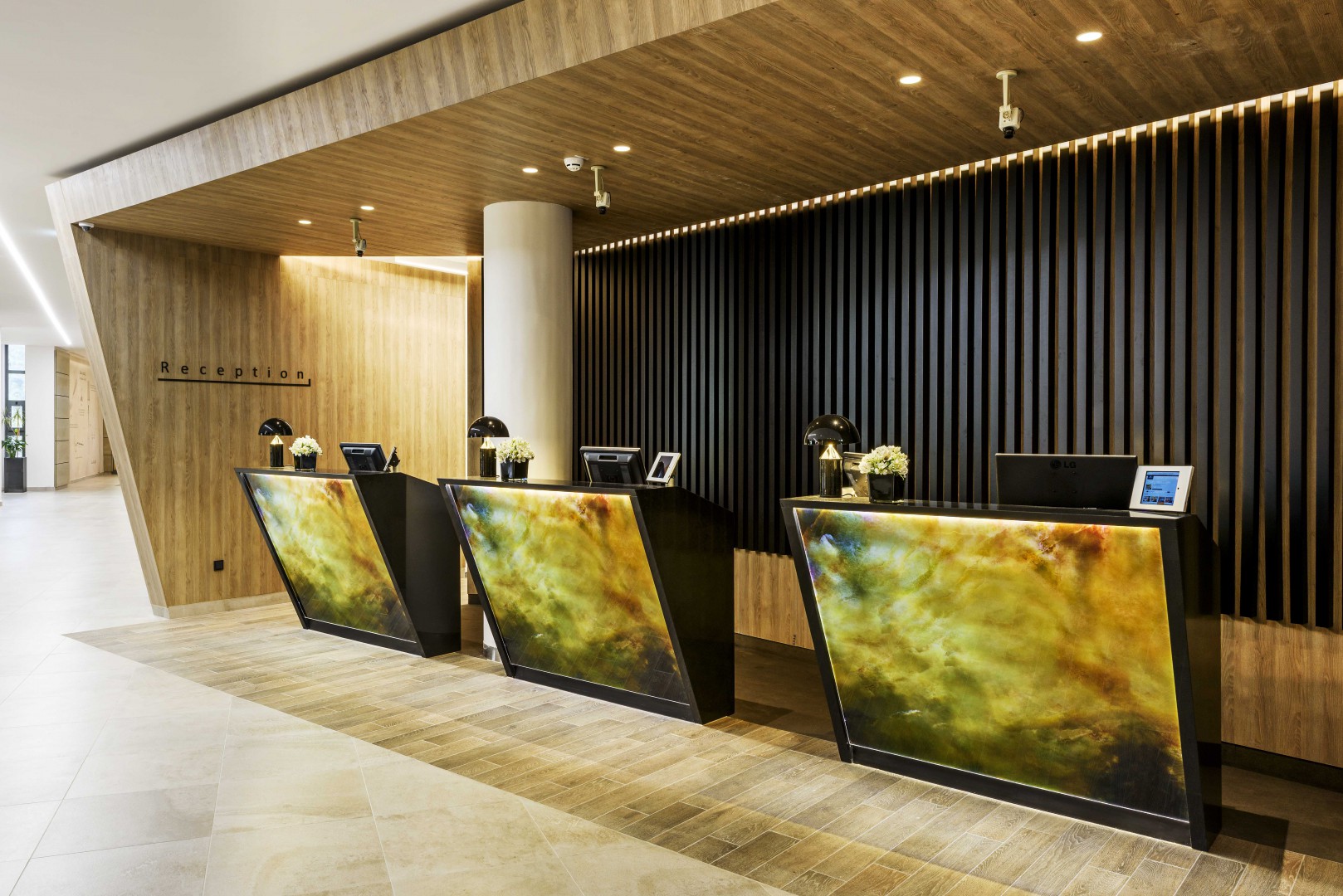 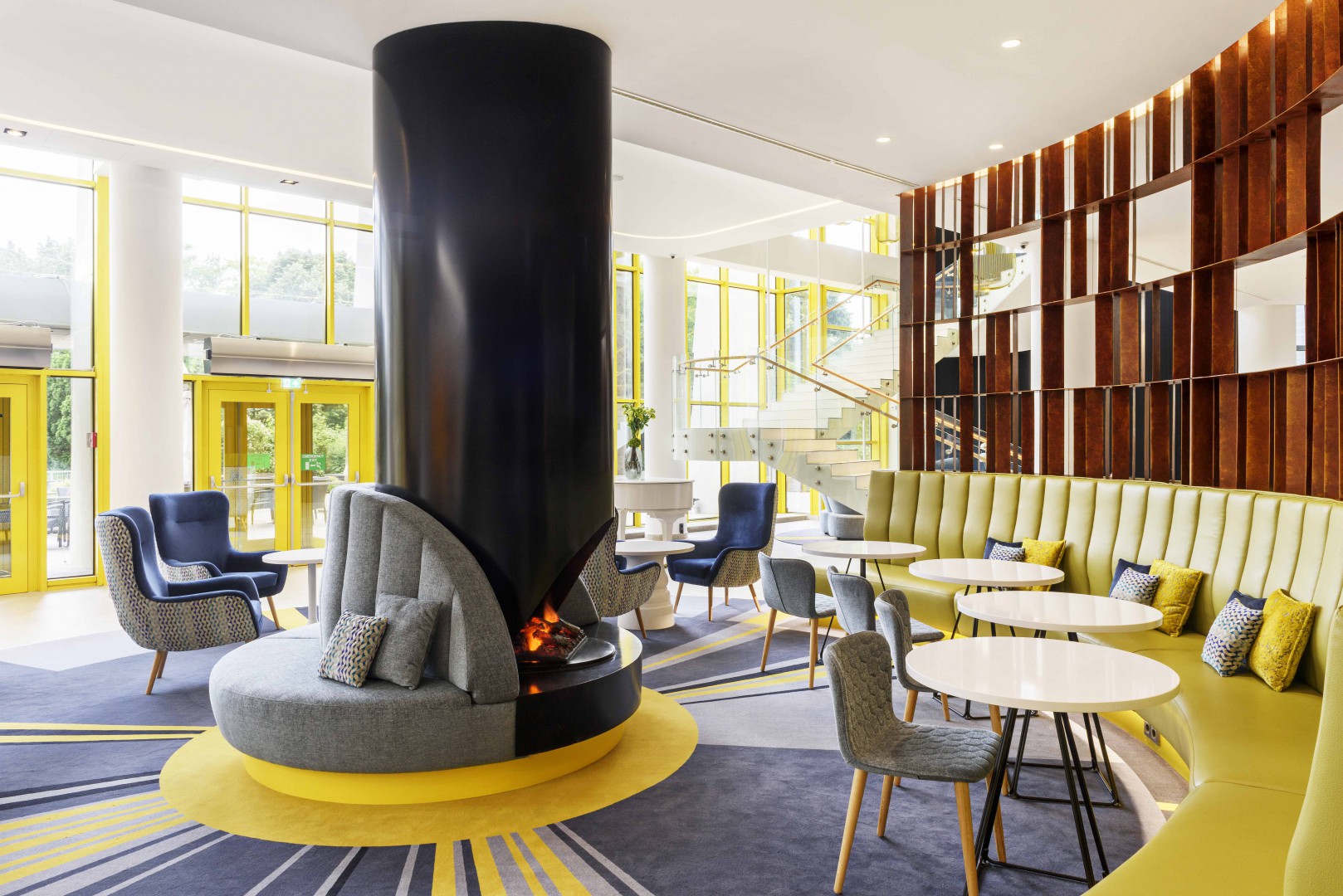 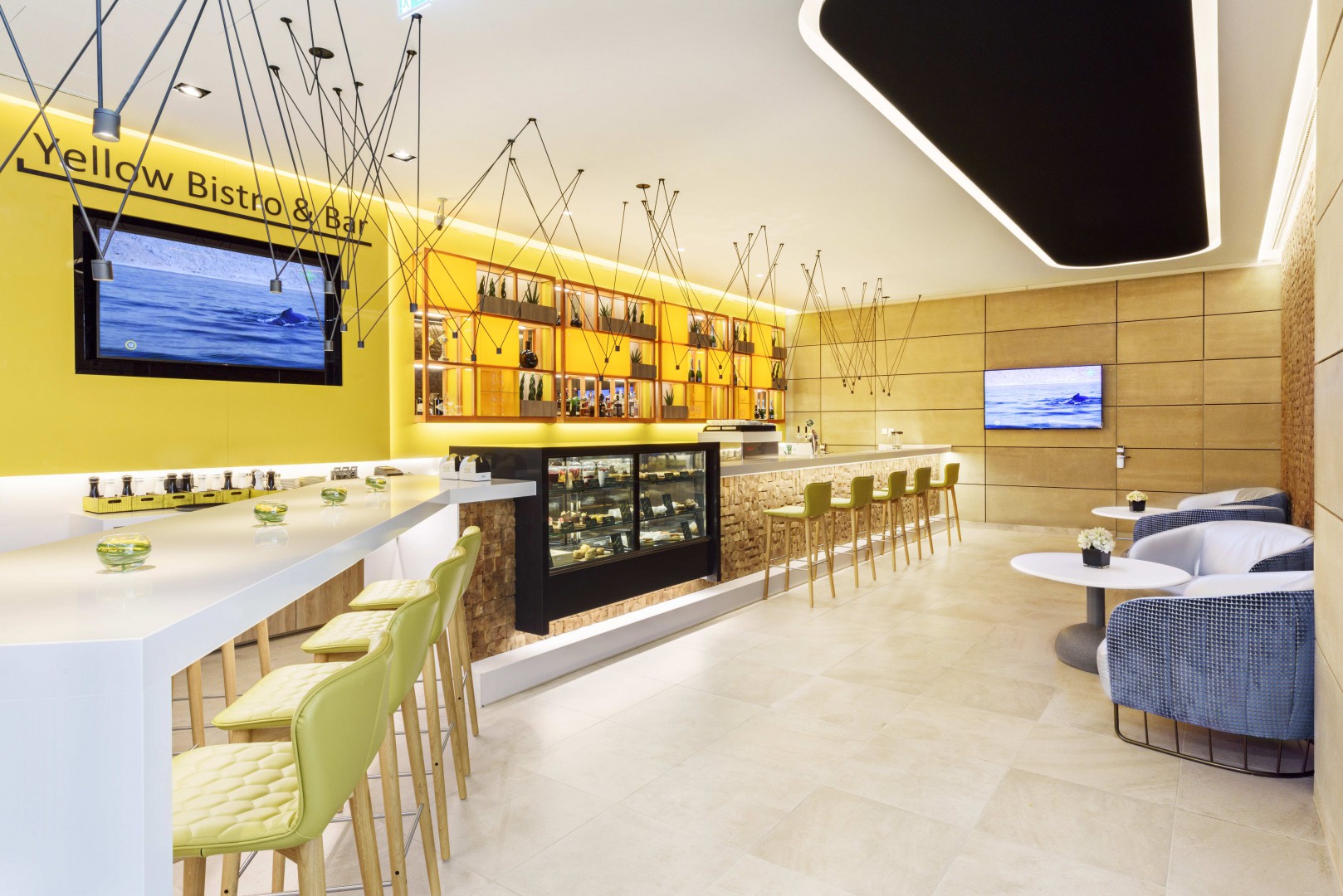 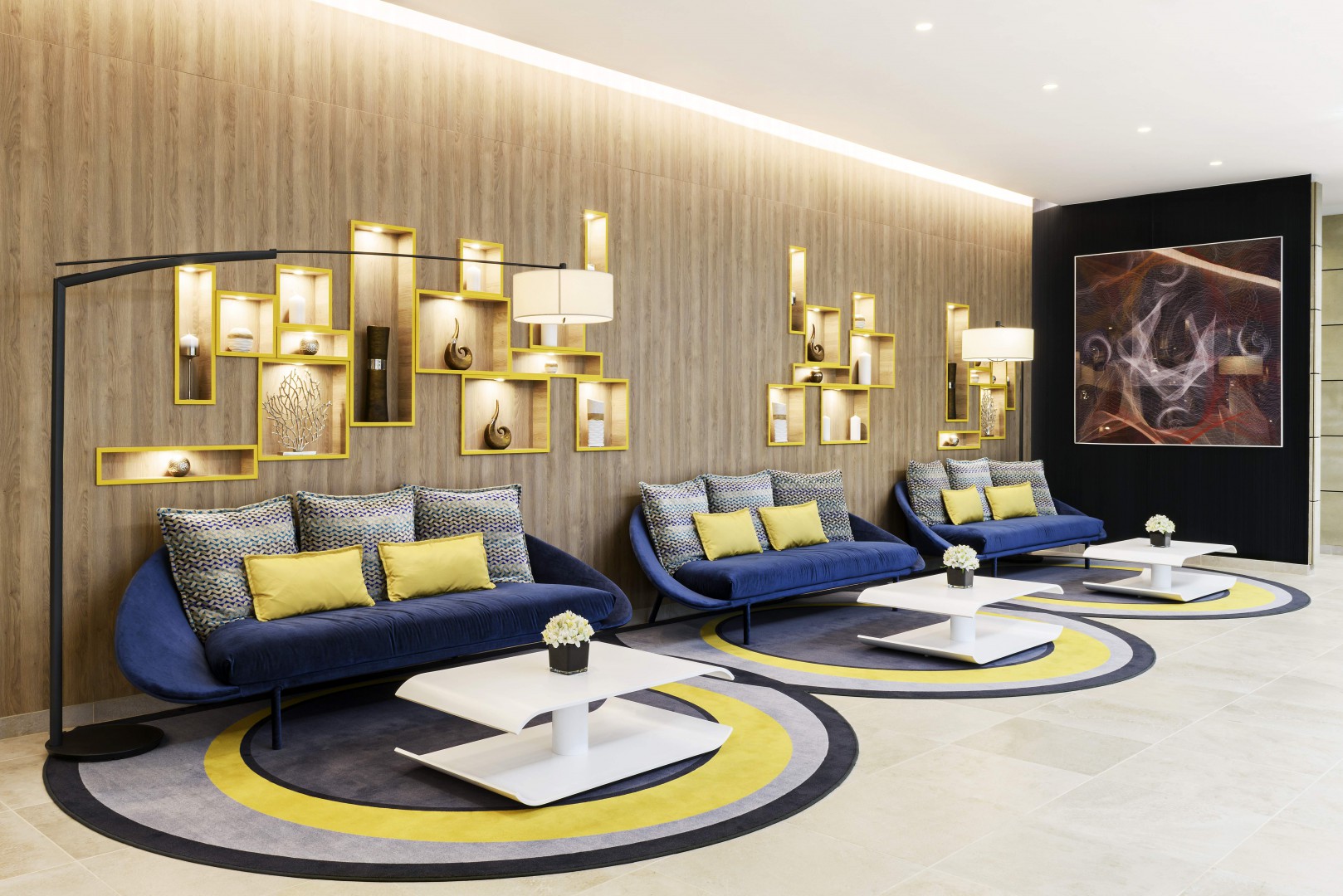 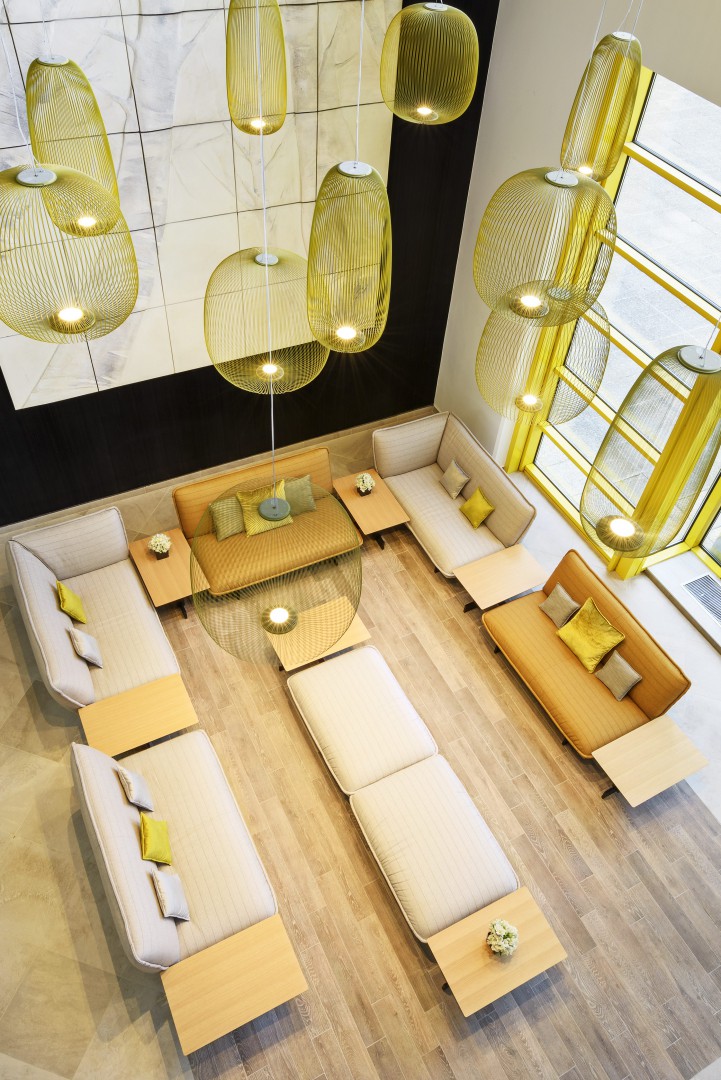 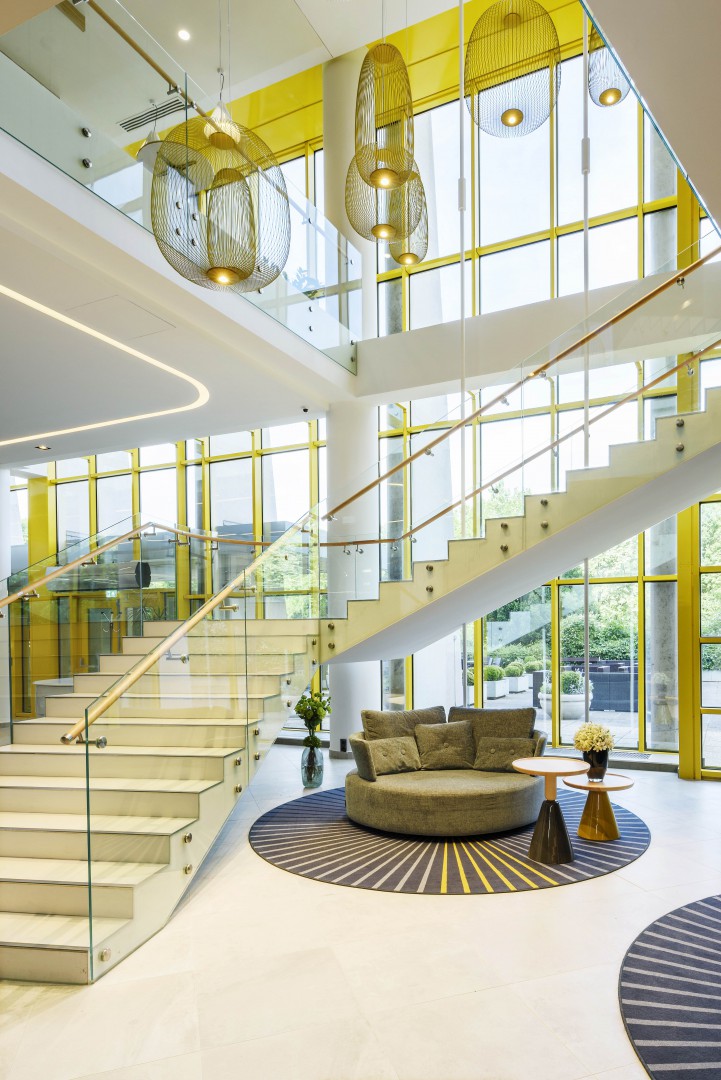 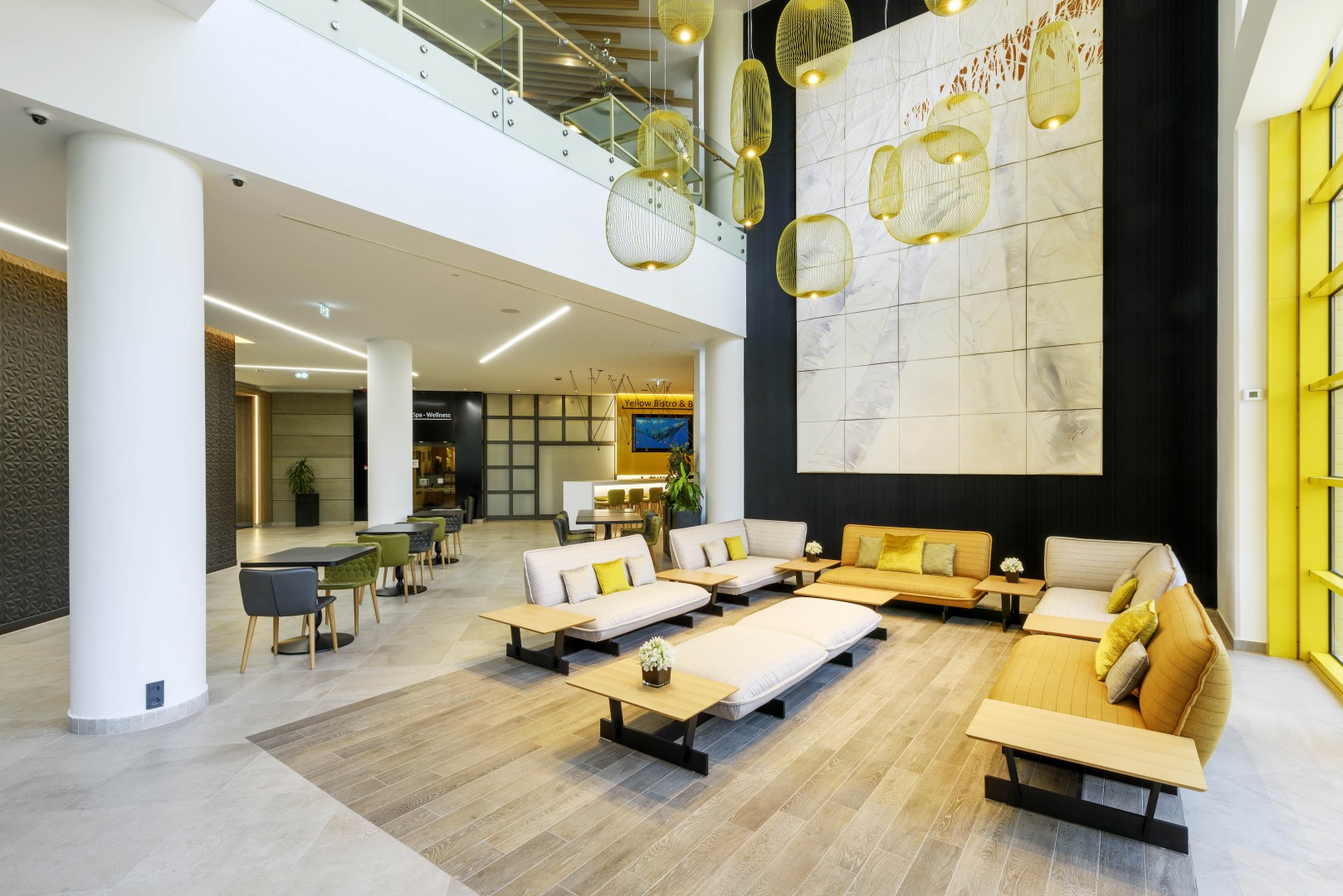 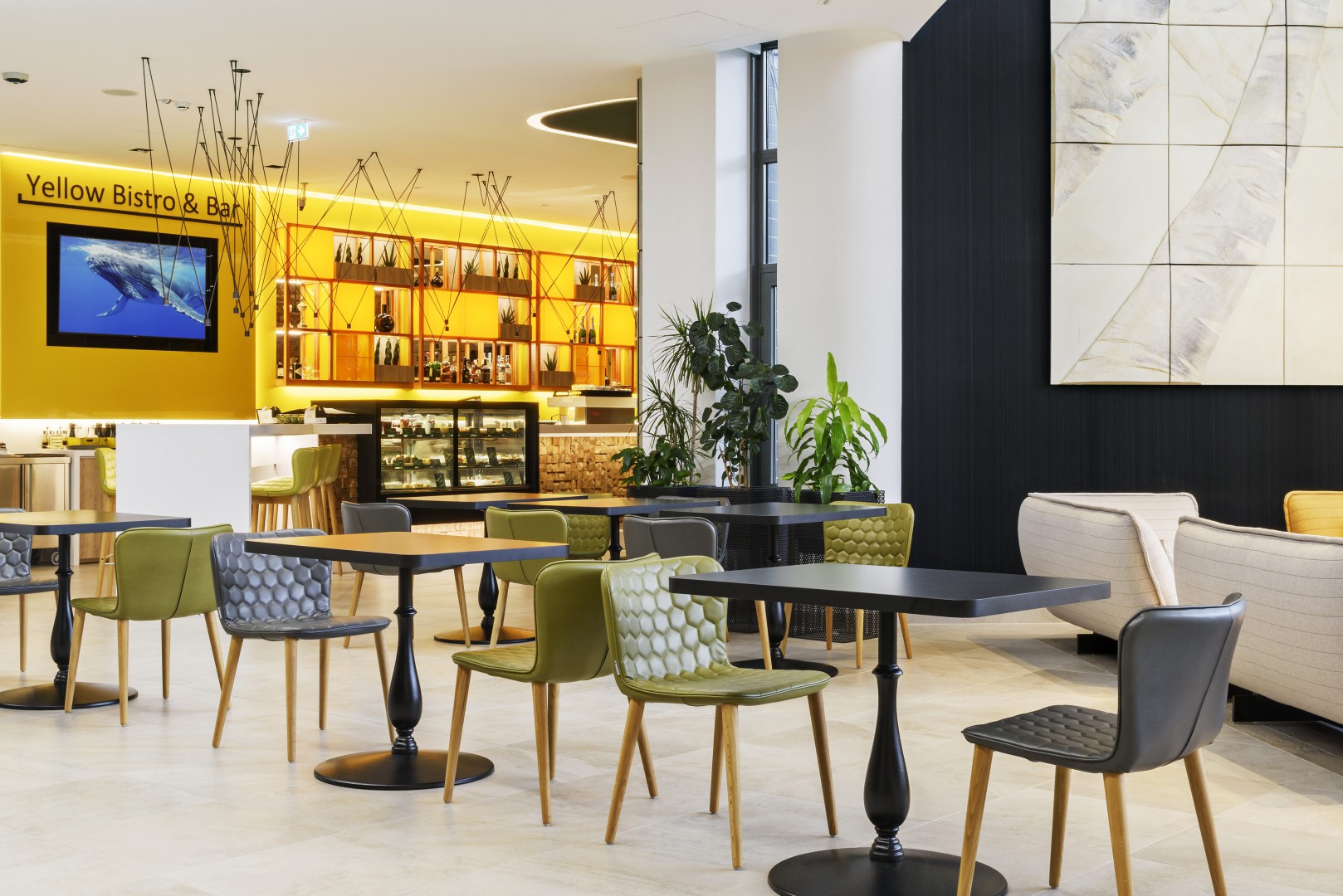 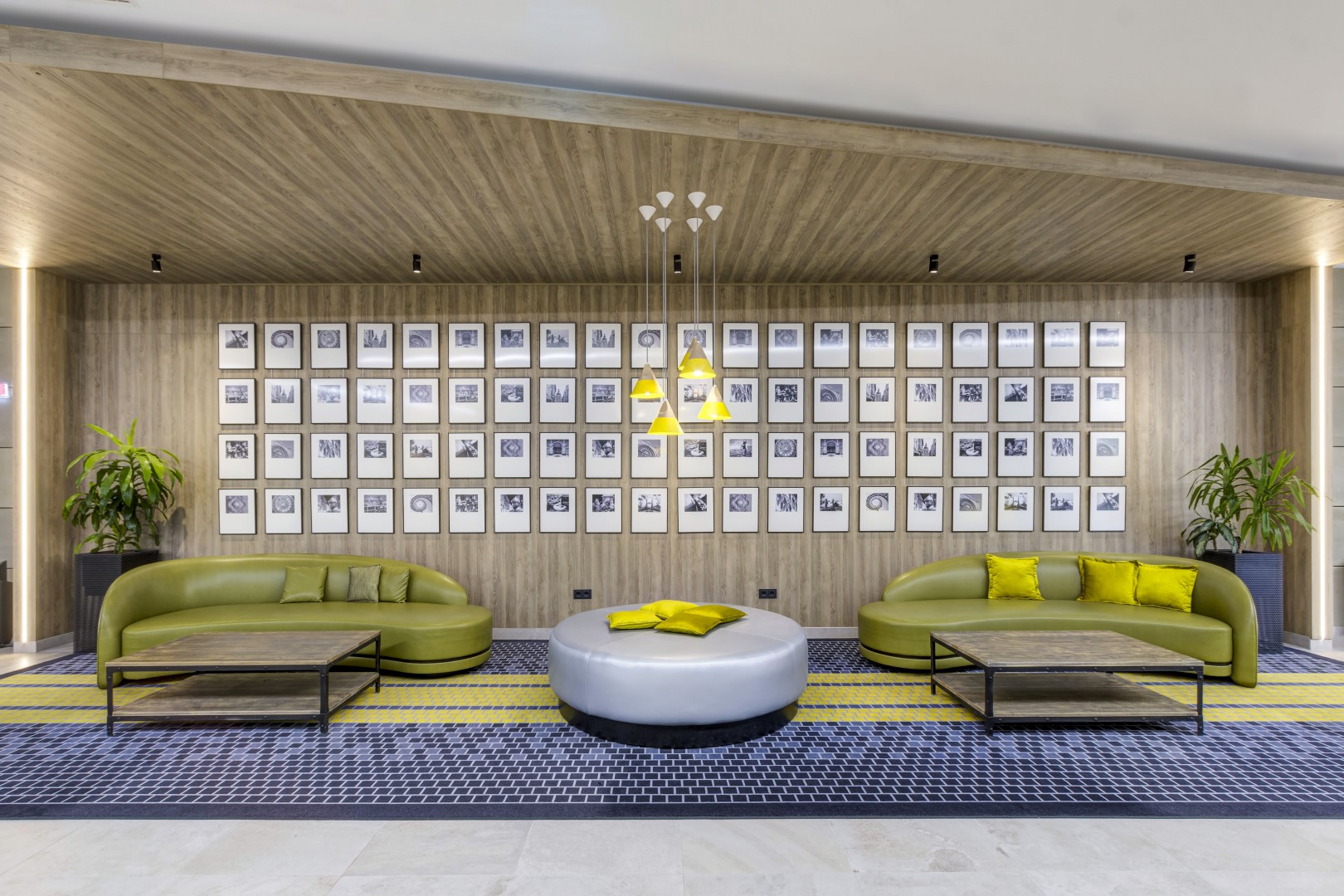 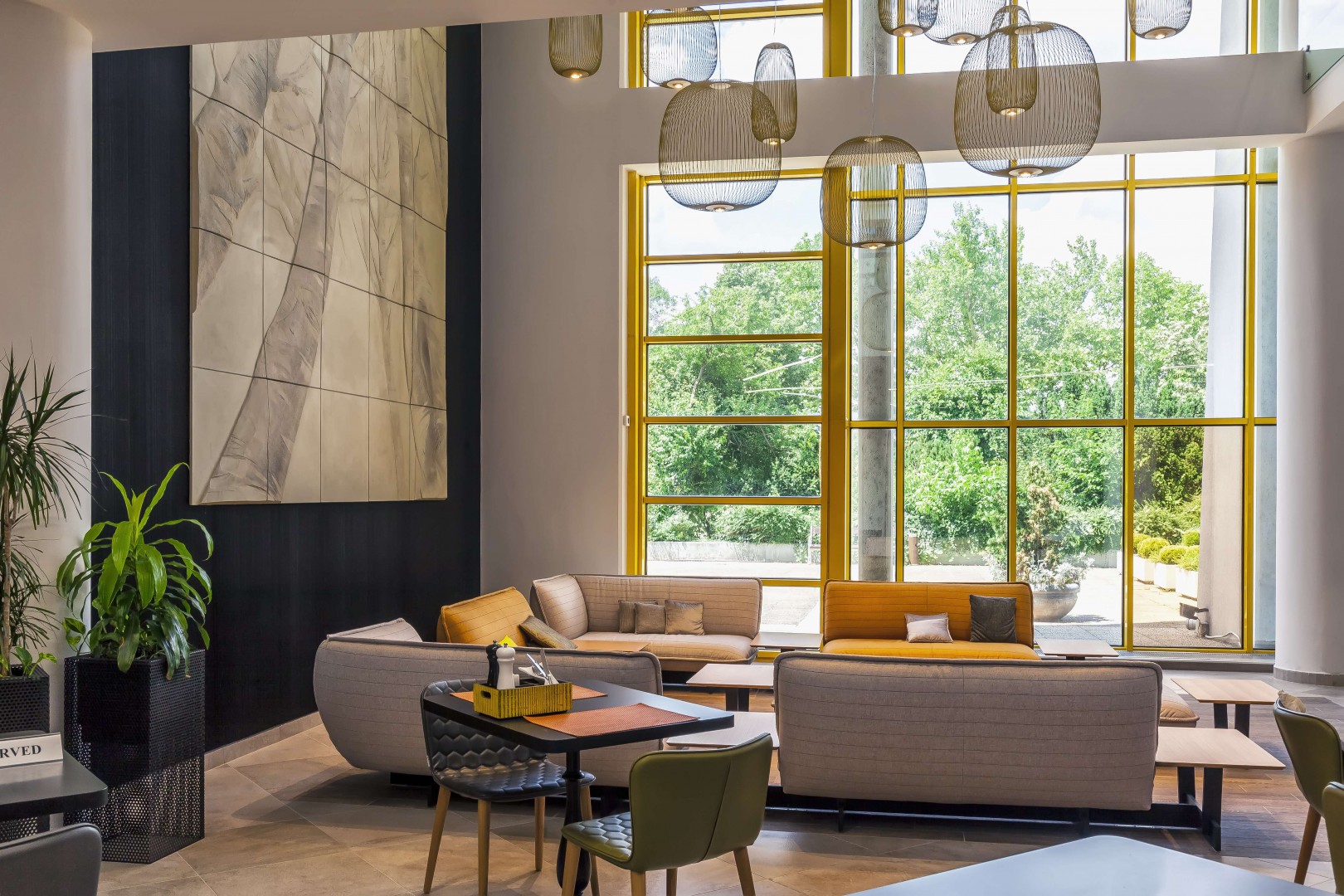 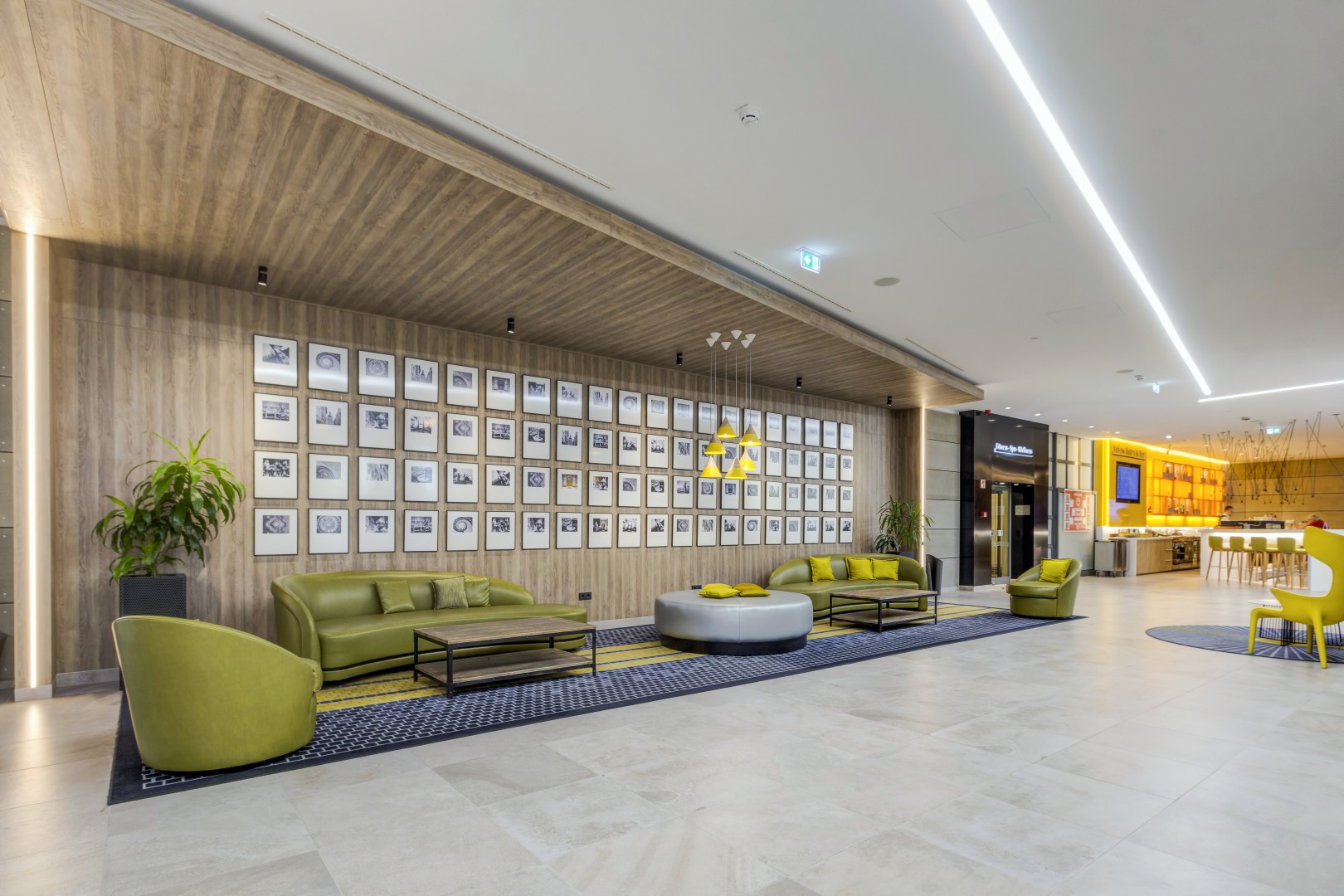 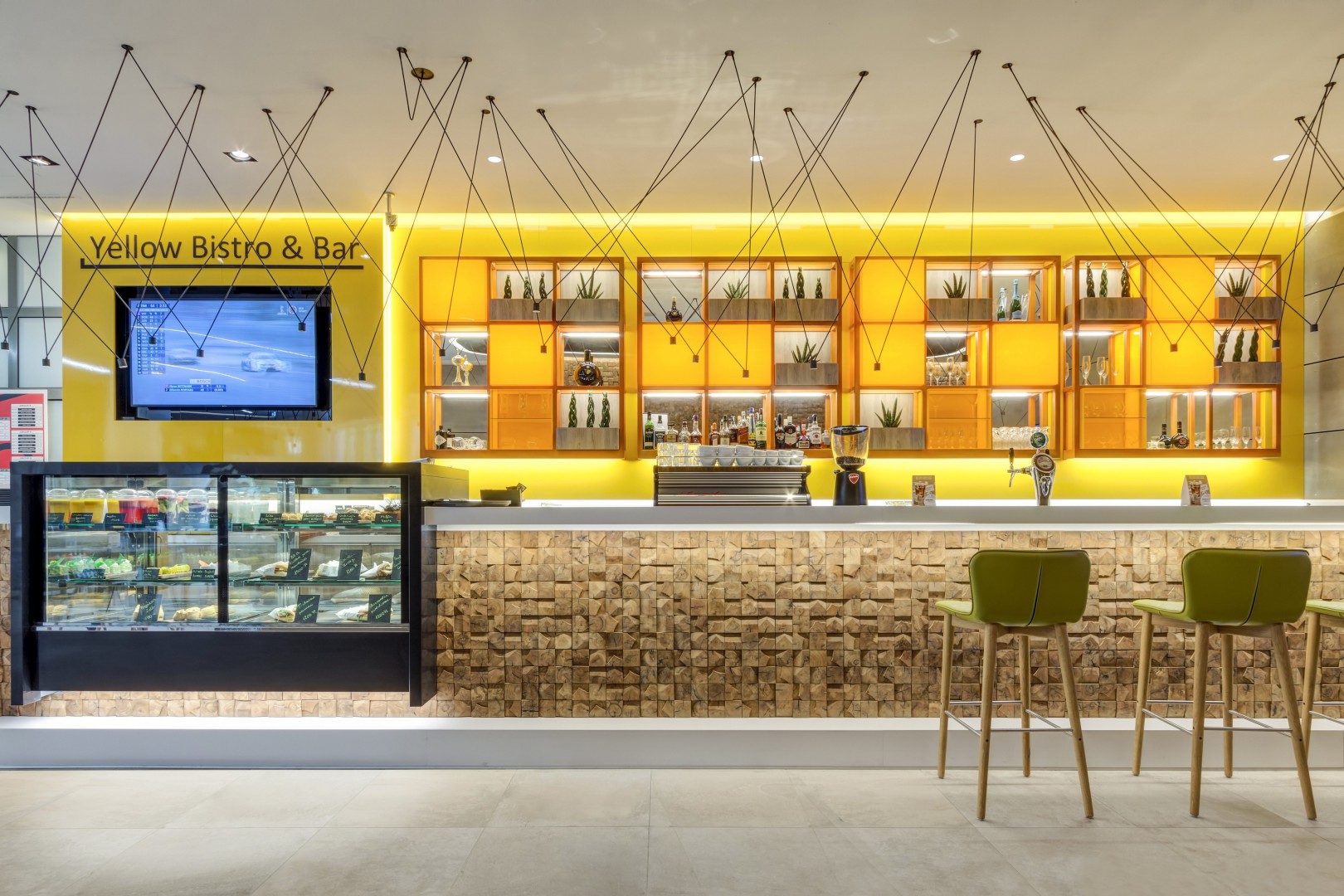 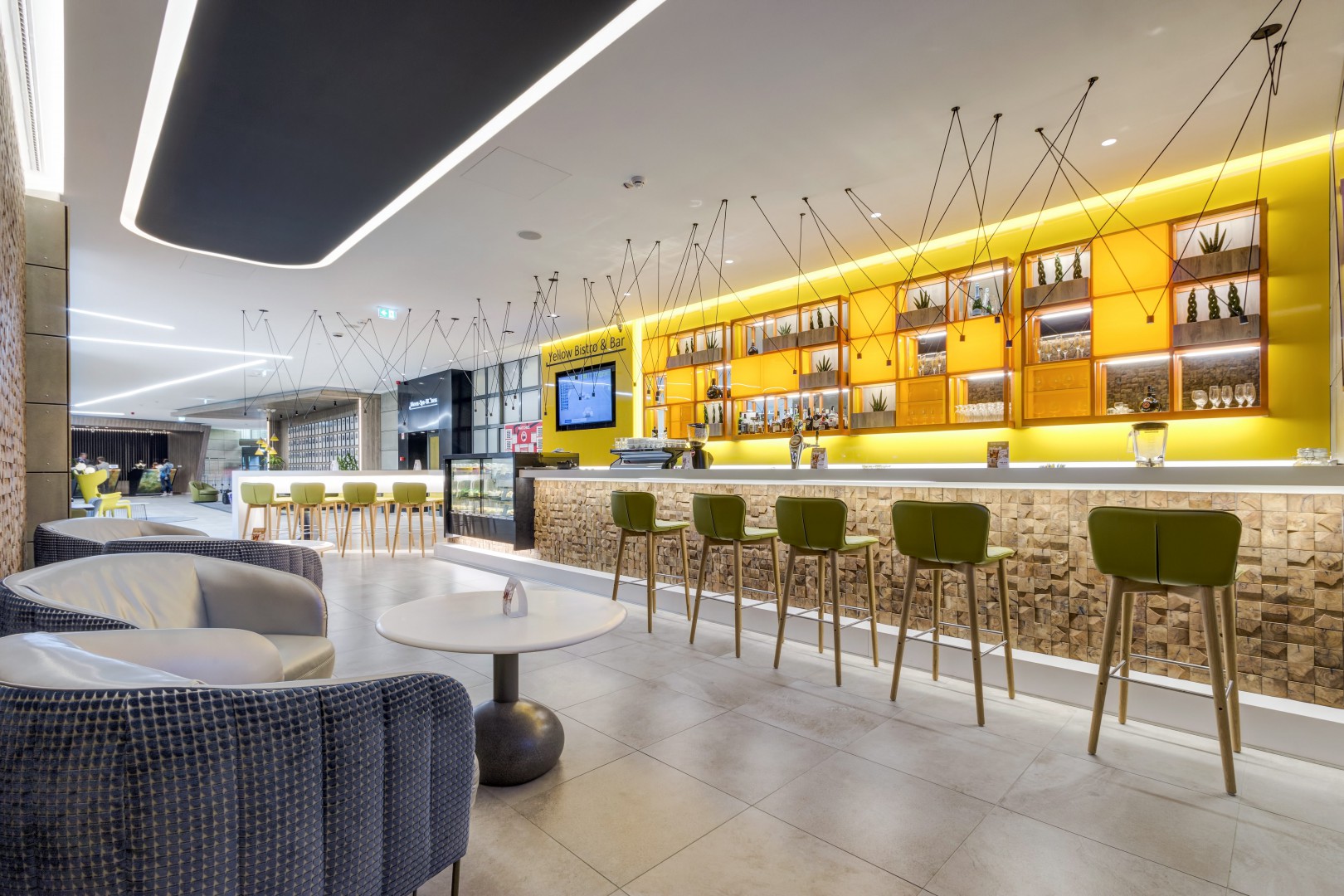 Hélia Hotel is one of the popular hotels of the Danubius Hotel Group. Built in the 1990s, located in the dynamically developing part of Budapest, in the 13th district in Kárpát Street, on the bank of the Danube. The renewal of the interior design of the lobby was the second phase of the hotel’s ongoing architectural refurbishment. Its conference and wellness center is open for the public beside the guests of the hotel.

The concept of the hotel management was to create a public space in the lobby which could be a perfect venue for sociable events and business meetings as well, besides the restaurant of the hotel. Thus was born the concept of the Yellow Bistro & Bar, which refers to the characteristic façade coloring of the building with its tint.

The interior design concept of the remodel reinforces the character of the existing building, seeks harmony, and works with fair and fresh lines. During the renovation, the designers focused on clarity of the spaces and the unnecessary elements that have piled up in the lobby over the years have been removed. The 800 m2 hall - built with a huge glass wall overlooks to the Danube - is divided into smaller zones. Areas that have different functional needs in the lobby have different moods, yet speak a unified architectural language. The reception area, instead of the classical closed reception desk, got smaller reception pulpits, in order to ensure a warmer and more cordial contact with the arriving guests. In the heart of the space, a seating area was created with a fireplace. This part of the lobby - along with the evening piano music – became a very moody place for the guests to relax. Unique in the three different lounge space that the borders of the functions slurs, so the whole lounge became a lively contemporary communal space.

On the wall of the two-storey square, facing the terrace, during the renovation, we left the work of the contemporary art of the house, which was given a new meaning with the new black wallpaper background. In addition to the existing one, two new contemporary painting was placed on the surrounding walls along with a selection of photographs, presenting the architectural heritage of Budapest.

The design takes special account of the fact that periodic installations could be placed on certain wall surfaces, thus coloring the interior. Simple and natural materials dominate the space. The industrial atmosphere of the common areas is interestingly combined with the warmer and softer surfaces, colorful furniture and lighting of the highlighted areas. The former includes Betonyp tiles on the walls, corten sheet steel partitions, circulation cores renovated with black three-dimensional wallpaper, the latter with a bar counter imitating a split wood, or the colored circular carpet.

The plans for the hotel’s renovated lobby and restaurant were drawn up in collaboration with interior designer Nathalie Rottenburg.