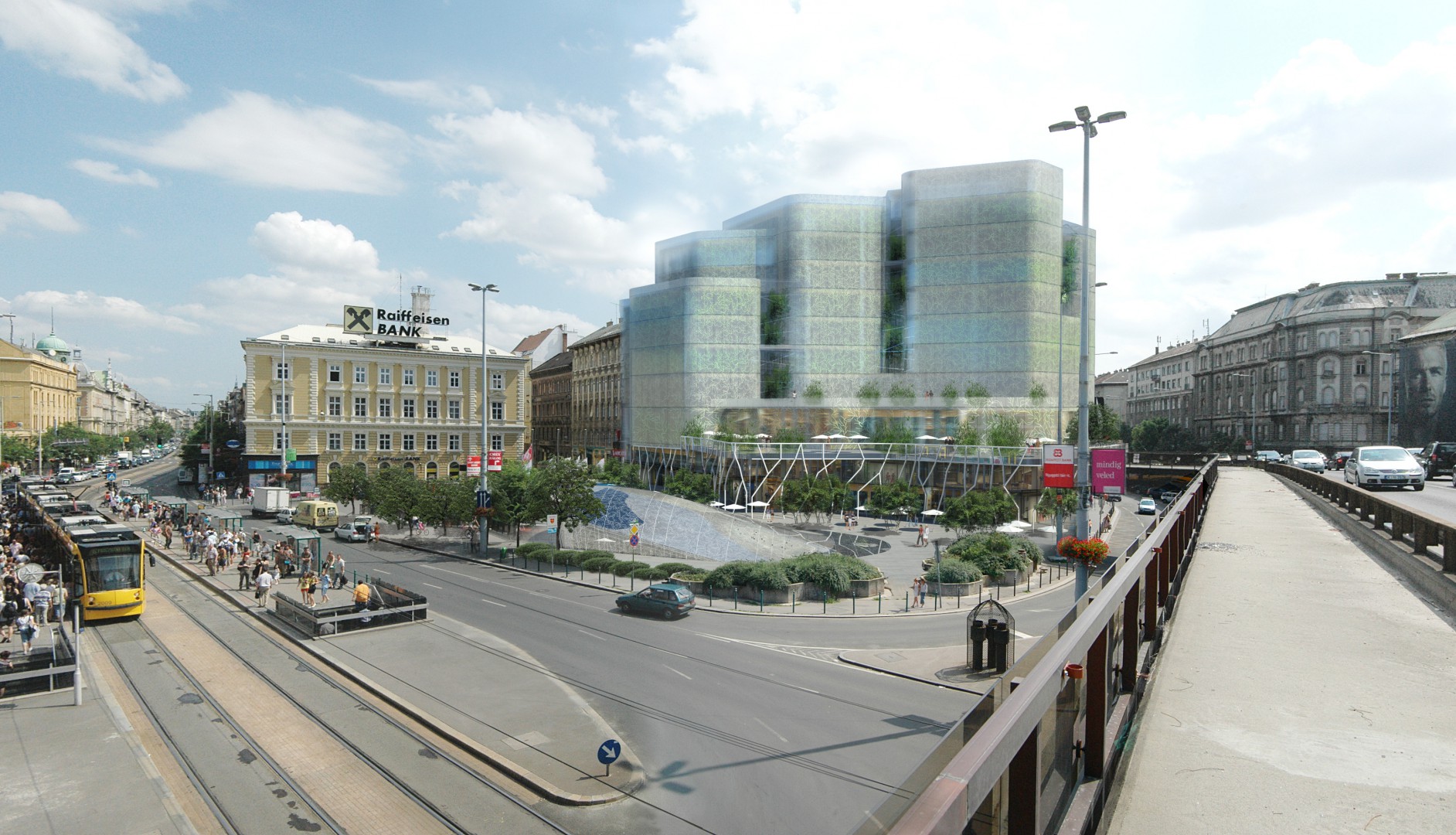 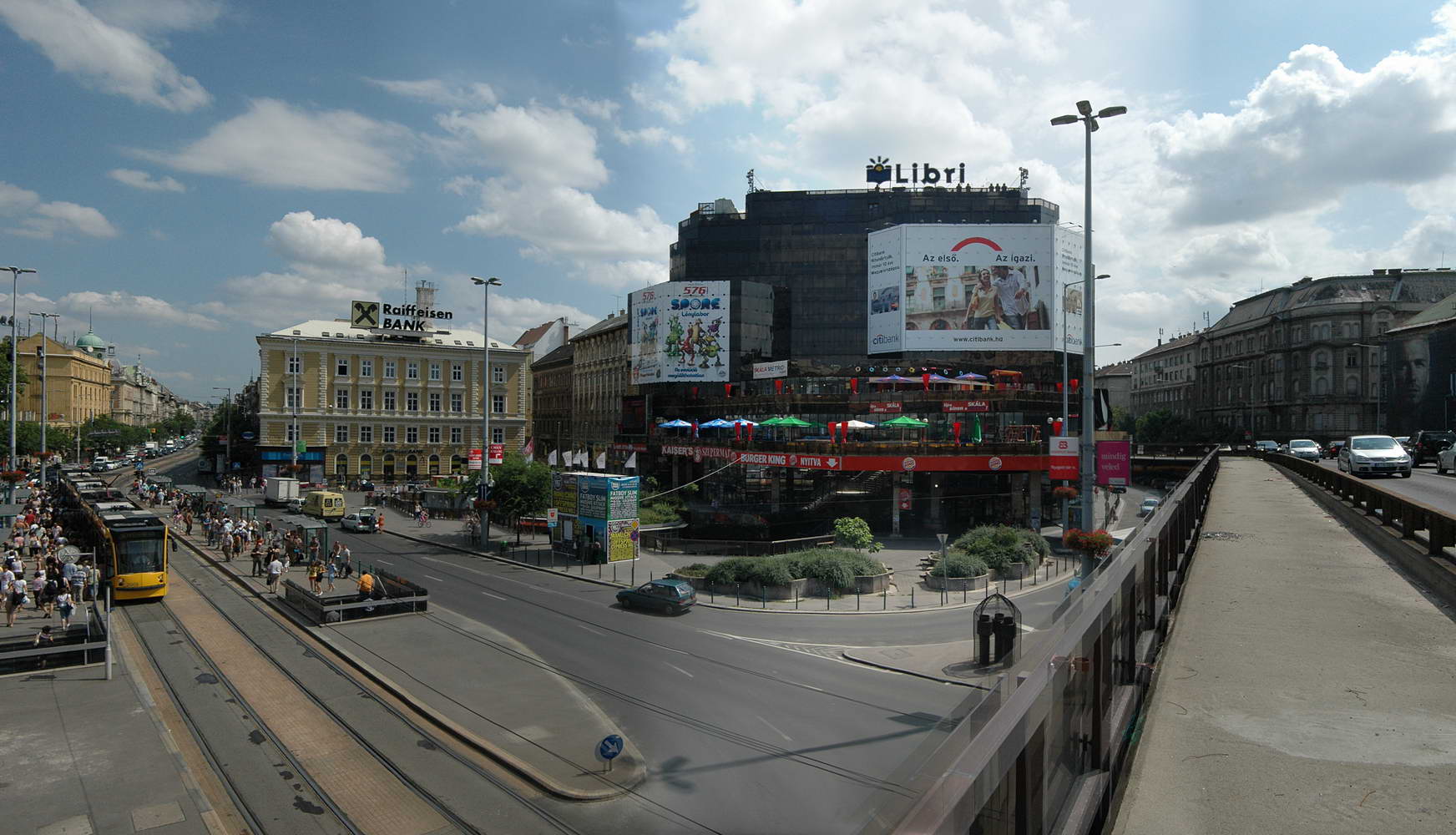 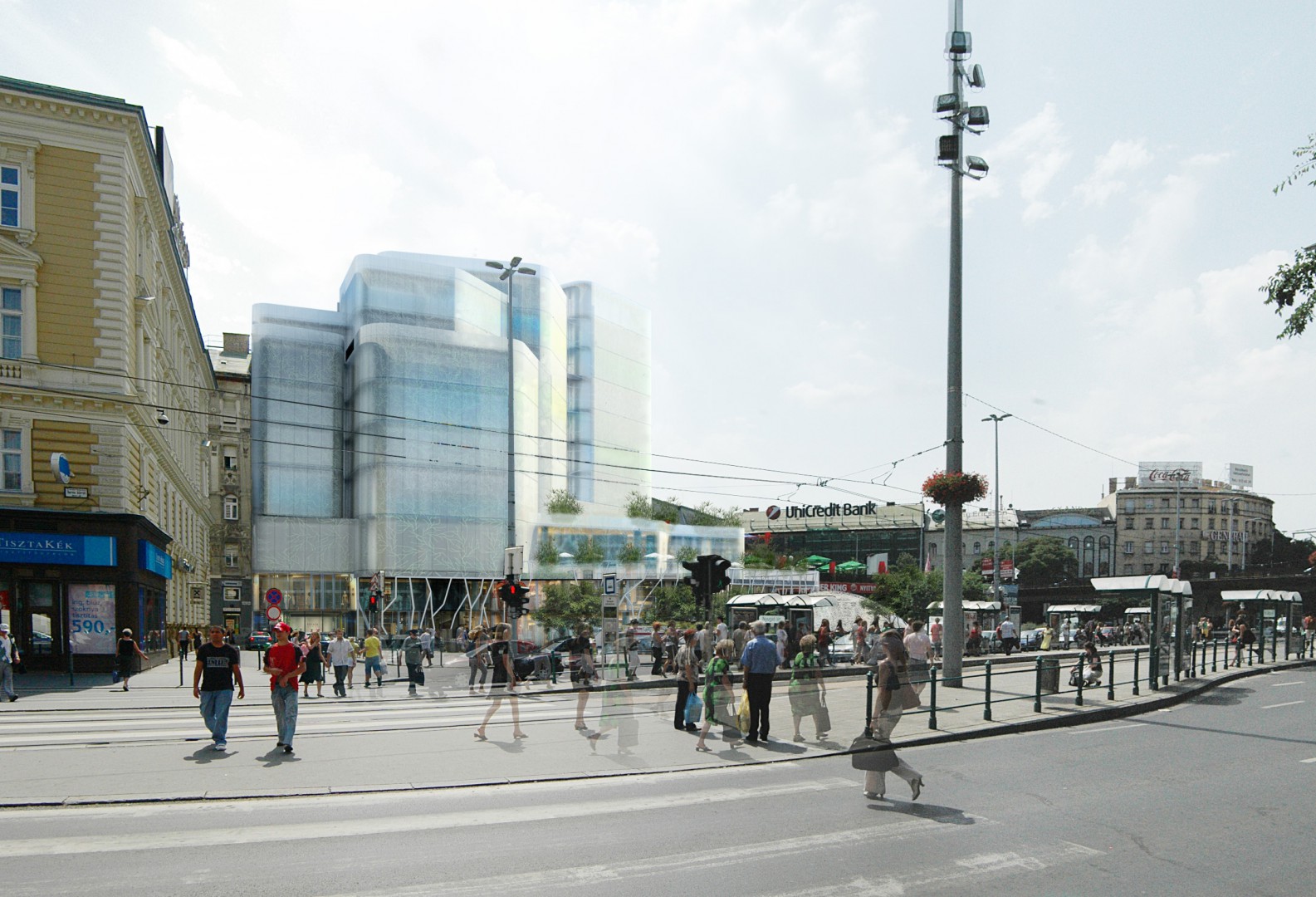 Based on the plans of György Kővári, the building was built in 1984. It was composed of a glass facade and pentagonal terraces and designed into a unit with the Nyugati tér underpass. It has a determinant appearance among the buildings of Budapest. We prepared a concept plan for conversion to an office building and for trade function on the ground floor and on the first storey.

As the building is located in a transform junction we gave more space and more emphasis on nature and plants in the plan. Instead of the terraced surfaces of the underpass, we proposed a hatch covered with a glass roof, thus giving a larger and more green plantable space in front of the building. Instead of the brown glass facade, the building can rise to the sky from the ground with a lighter, more airy look, with white patterned glass surfaces, rounded on the corners. In the slots, formed between the tower-like masses with rounded corners, the green vegetation can appear as a vertical continuation of the vegetation of the ground.