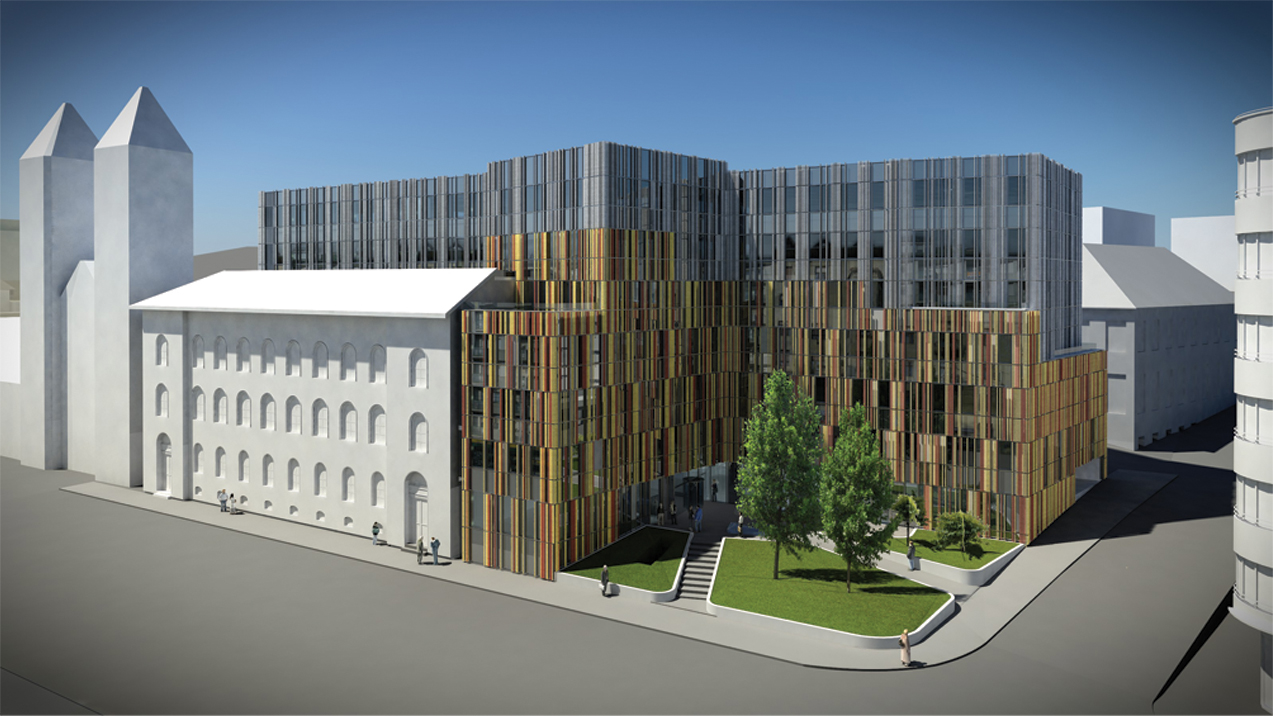 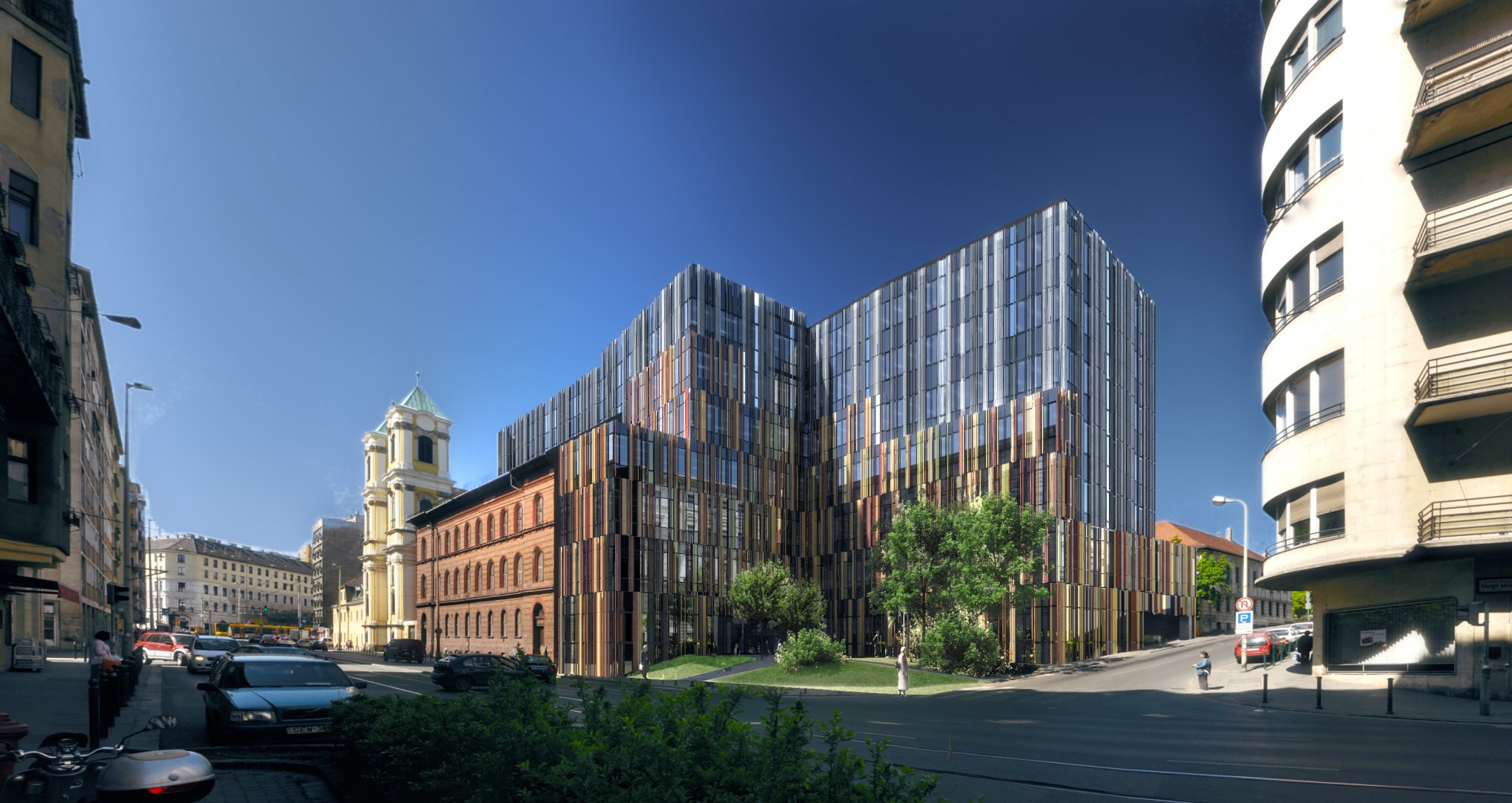 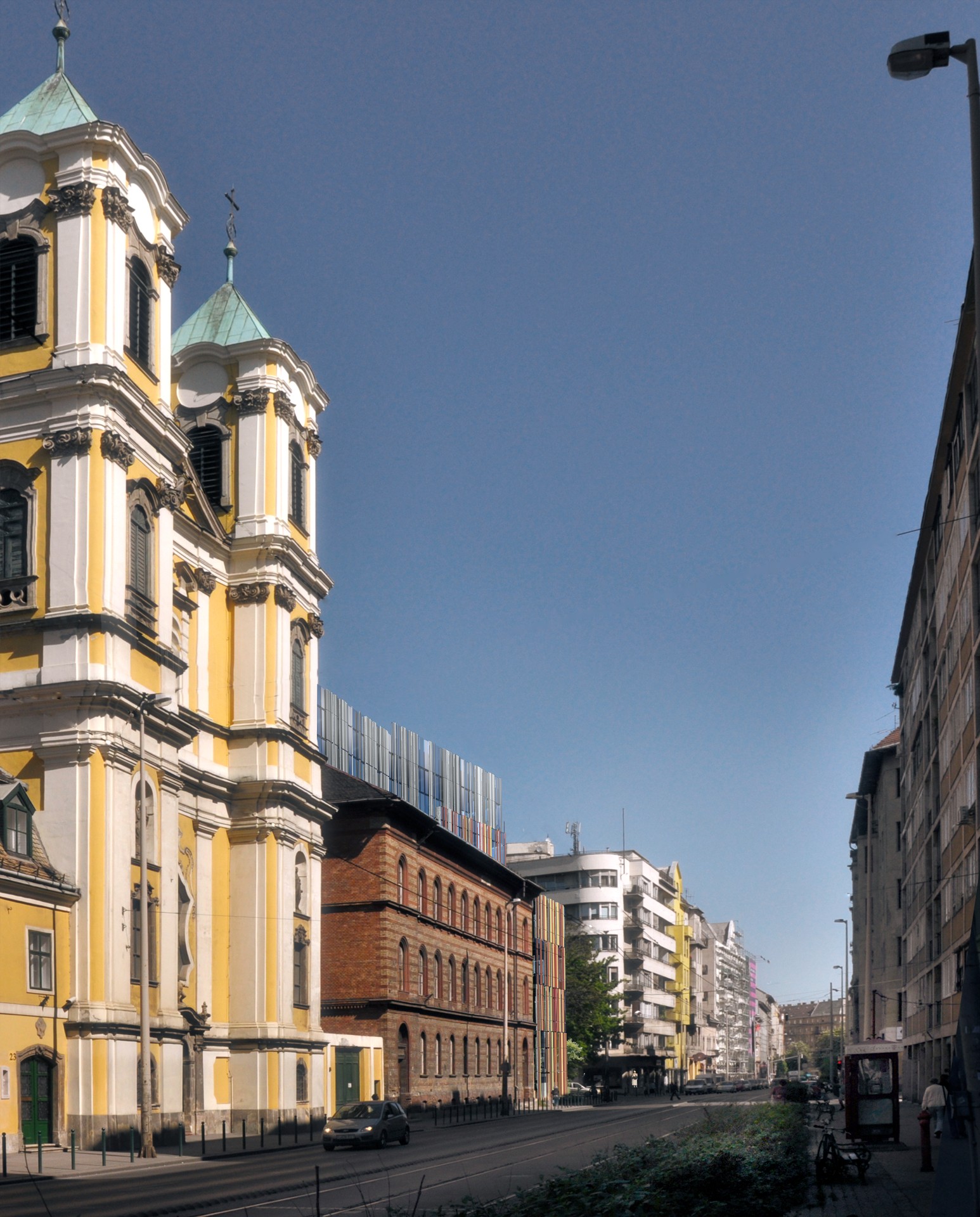 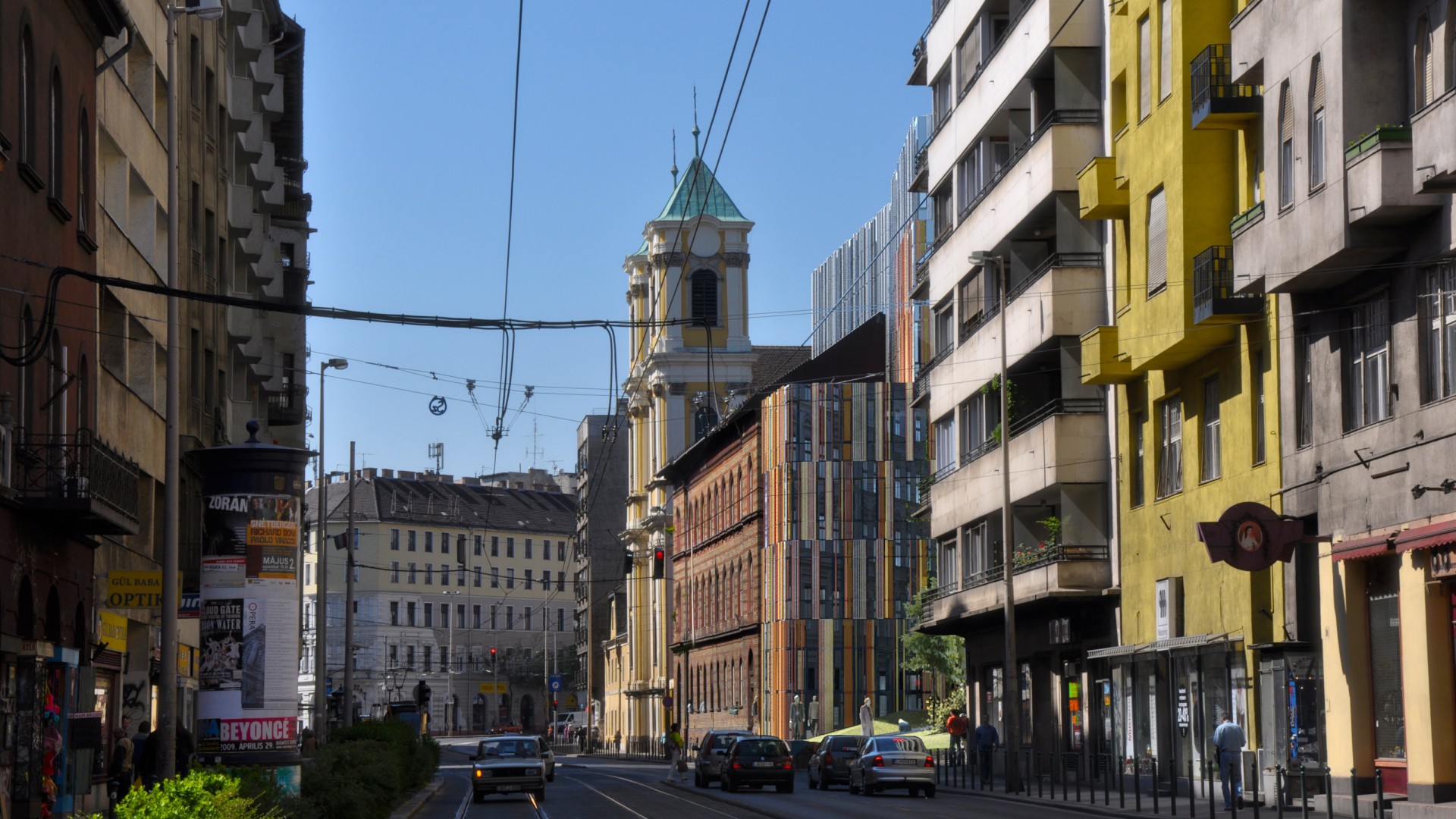 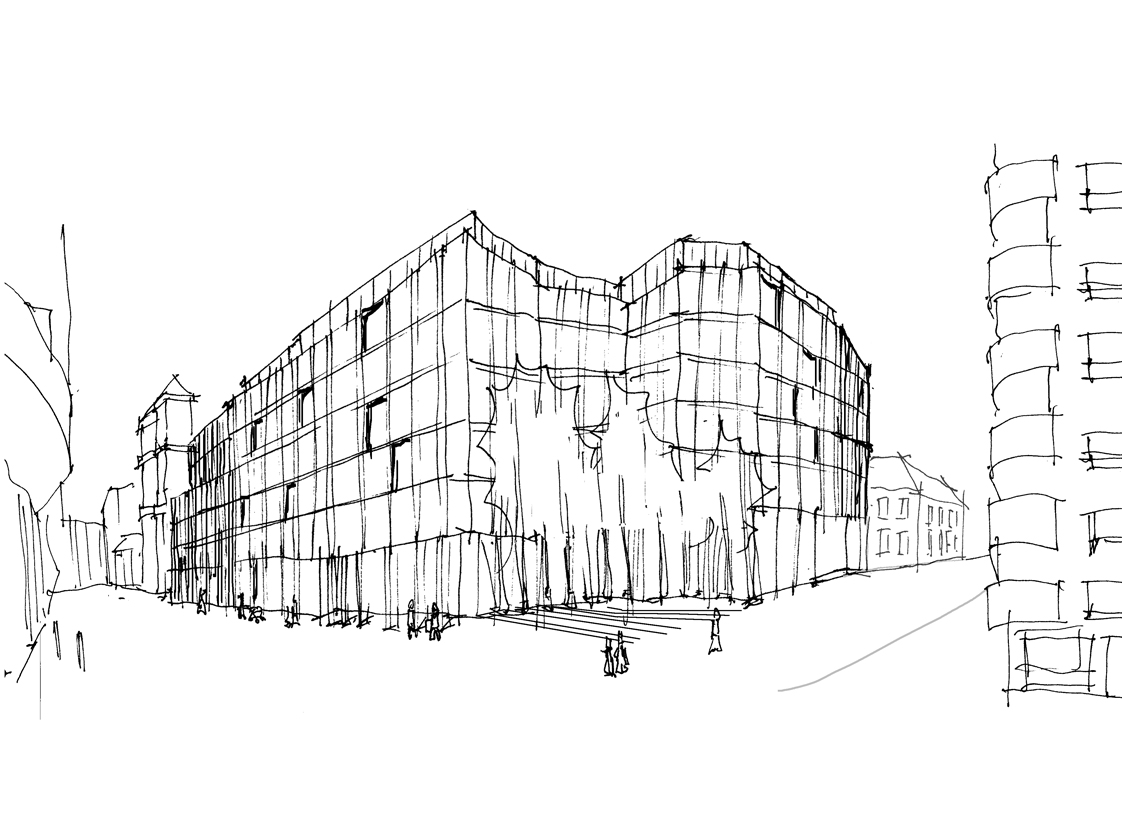 The closure of the building complex, which belongs to the Franciscan Church and surrounds a large garden is a heritage school building. We made a plan to transform and expand this building into an office building function. By retaining the green urban space formed at the junction of the heritage façade and Rómer Flóris Street, we proposed an installation that fits the diverse ledge heights of the boulevard. From the direction of the small square and the boulevard, the facade responds to the variety of plastered facades of the boulevard with subtle coloring and vertical divisions. The entrance of the building opens at the retreated corner, from the square. From the direction of the boulevard and the Rómer Flóris street - perpendicular to the boulevard -, the installation fits into the existing higher houses with a lower mass. The rear, higher wing of the building also continues the lightness of the vertical divisions on the glass facade, and thanks to the neutral-colored glazing, it has almost merged with the sky as a background.