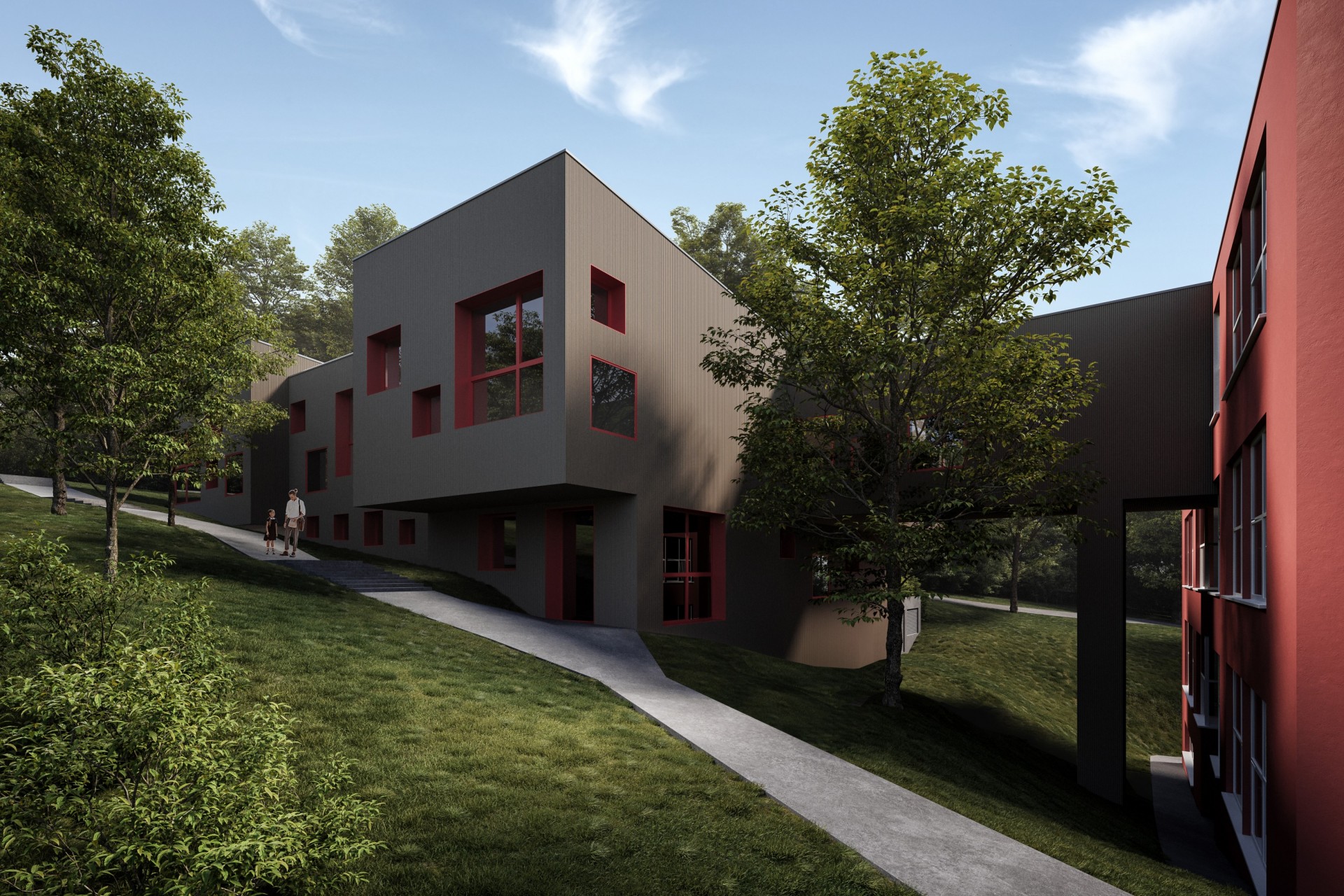 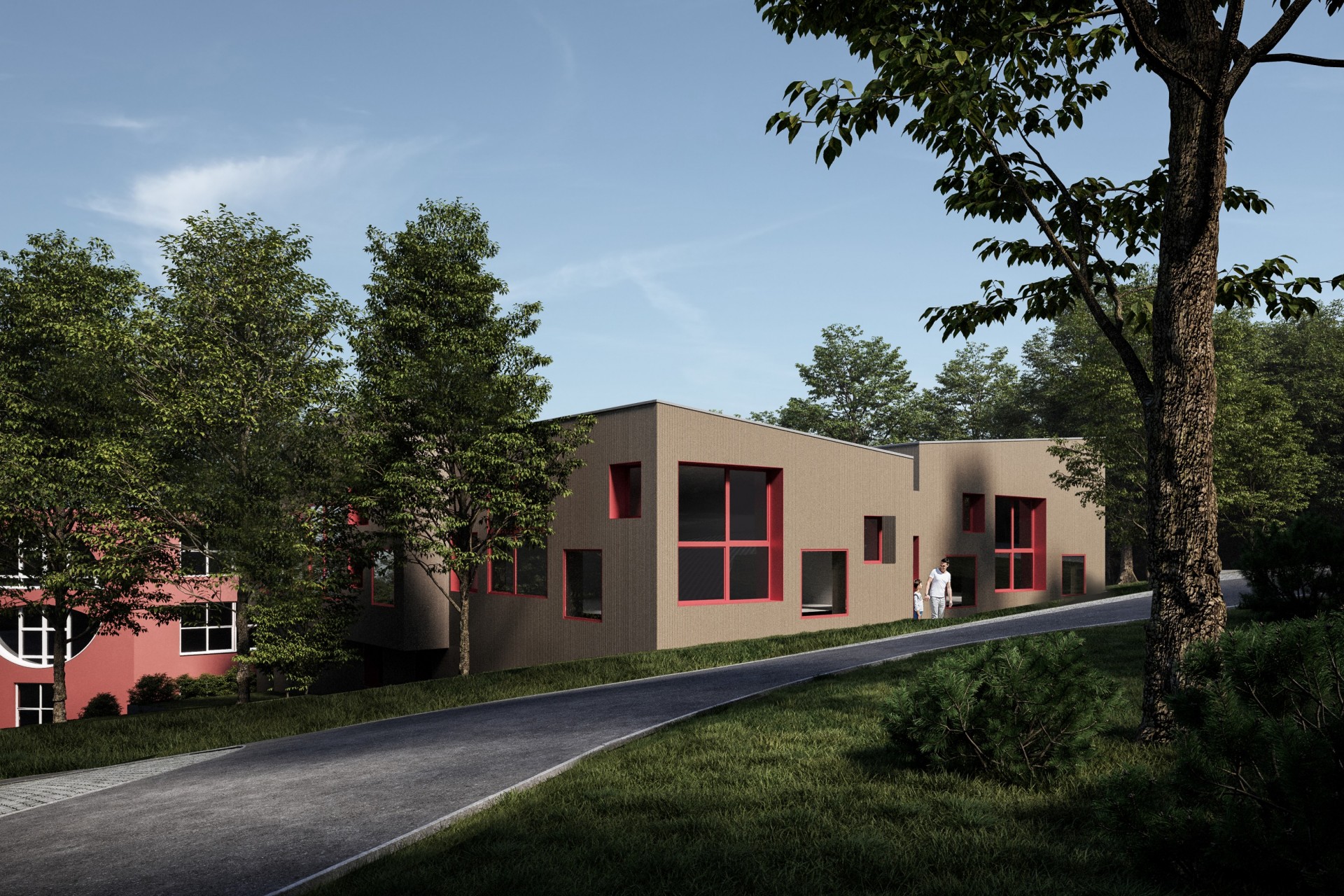 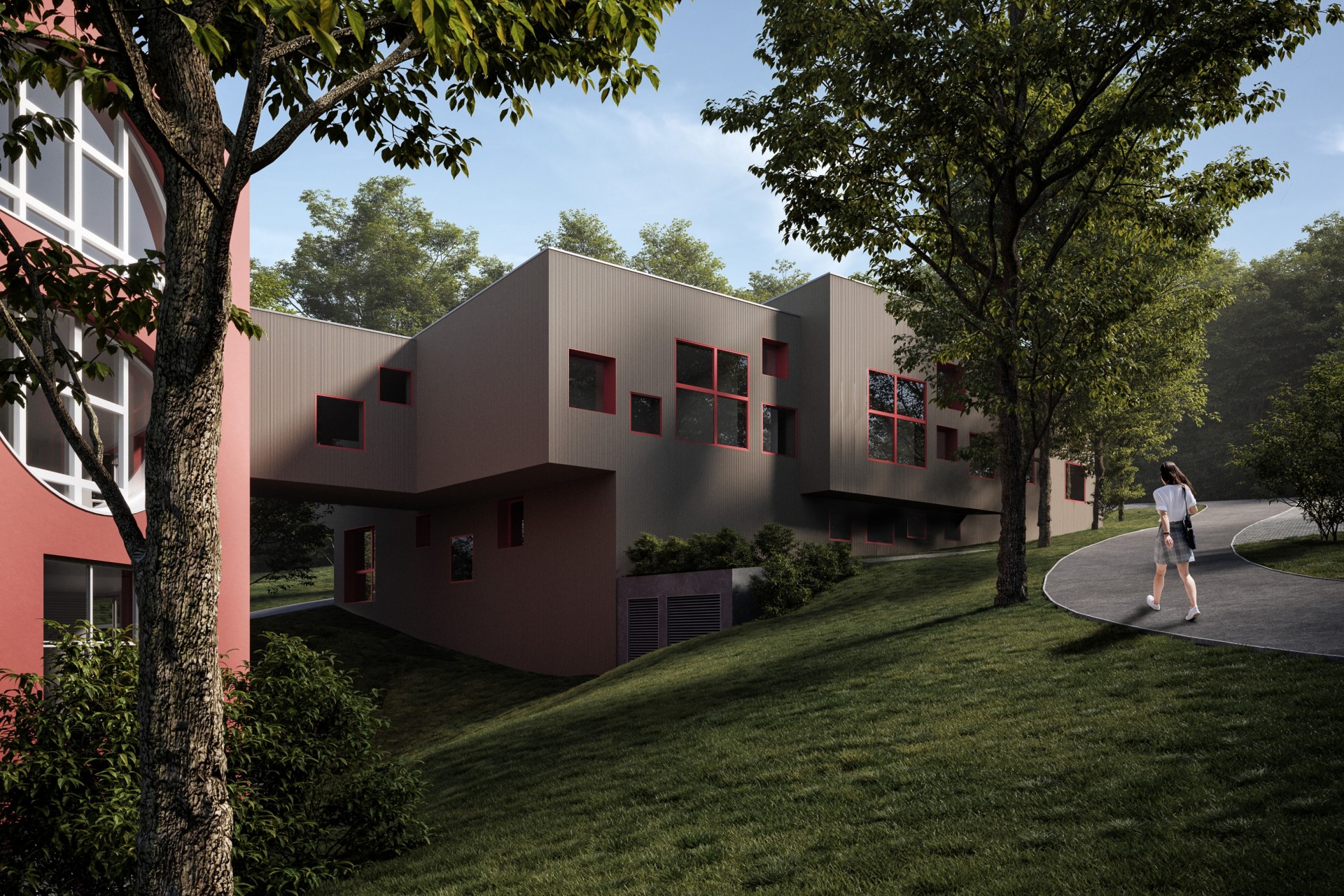 The Lauder Javne Foundation School was built in 1996 according to the plans of Csaba Virág and Judit Z. Halmágyi on the plot on the north-eastern slope of János Hill along Budakeszi Road. The complex consists of 3 main wings, visible from the road and a gymnasium building behind them. The buildings are centrally located around the dome-covered hall building. We have planned expansion to this building complex with 6 classrooms and a smaller gym.

The appearance of the planned building is determined by the closeness to nature, the fit to the sloping terrain, and the connection with the existing buildings. The classrooms among the trees were pavilion-like attached to the central aisle, which is a continuation of the bridge connected to the existing building. The aisle opens to the open nature at the opposite end of the bridge, giving a new entrance from the garden. Classrooms are housed in units with sloping roofs of varying heights, opened on a big surface with square facade openings. The square ratio refers to the façade division of the existing building, the color of the planned metal cladding framing of the openings matches the color scheme of the plaster of the existing façade. Three window sizes were used on the facades of the classrooms, placed at different heights and planes. Low windows can also be used as a seat. Large glass surfaces and wood-paneled cladding enhance the atmosphere of a pavilion building among the trees.