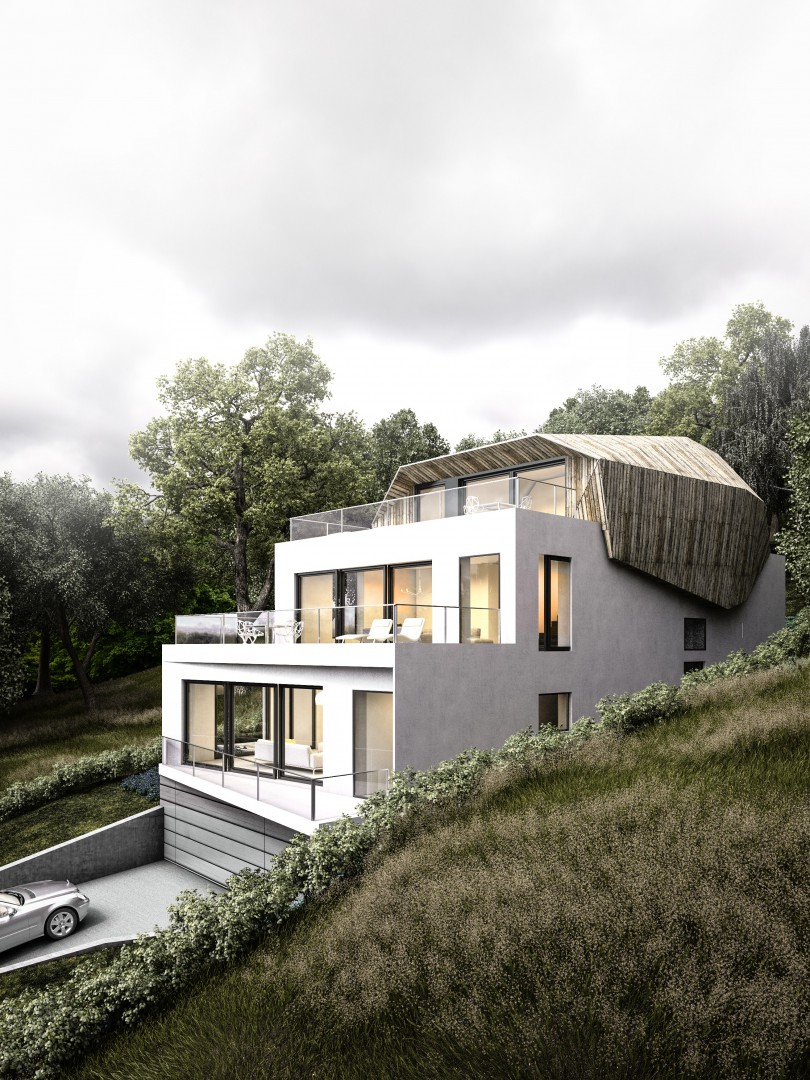 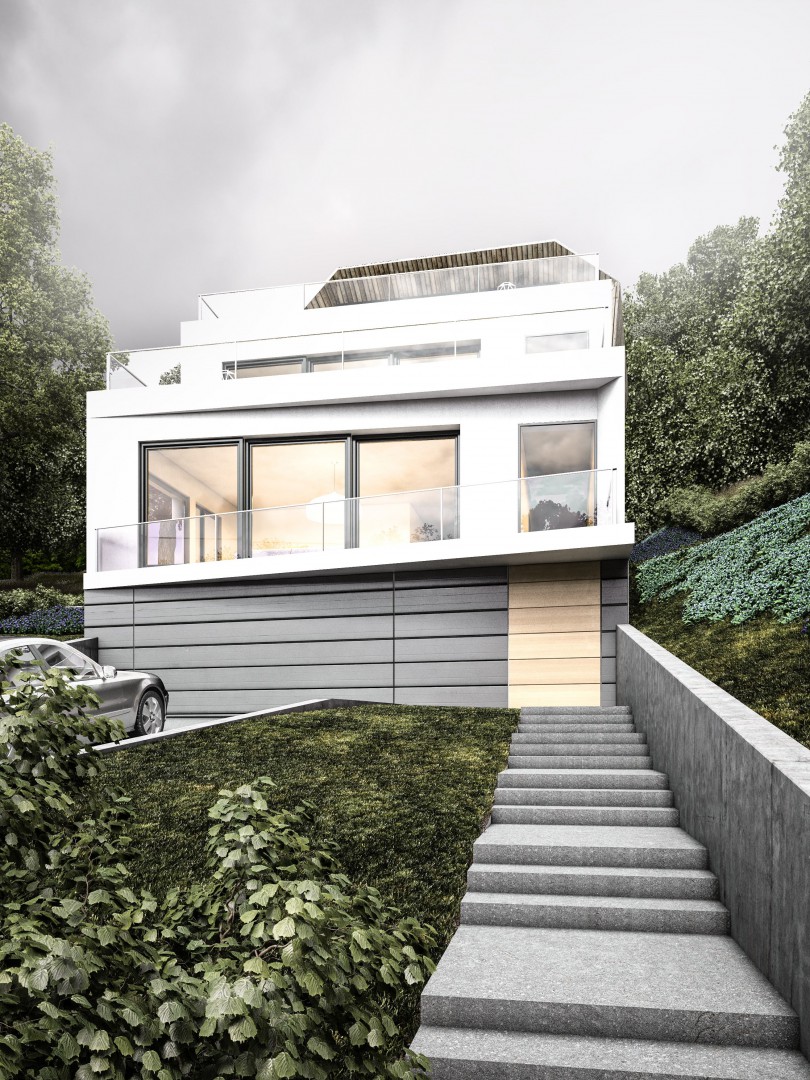 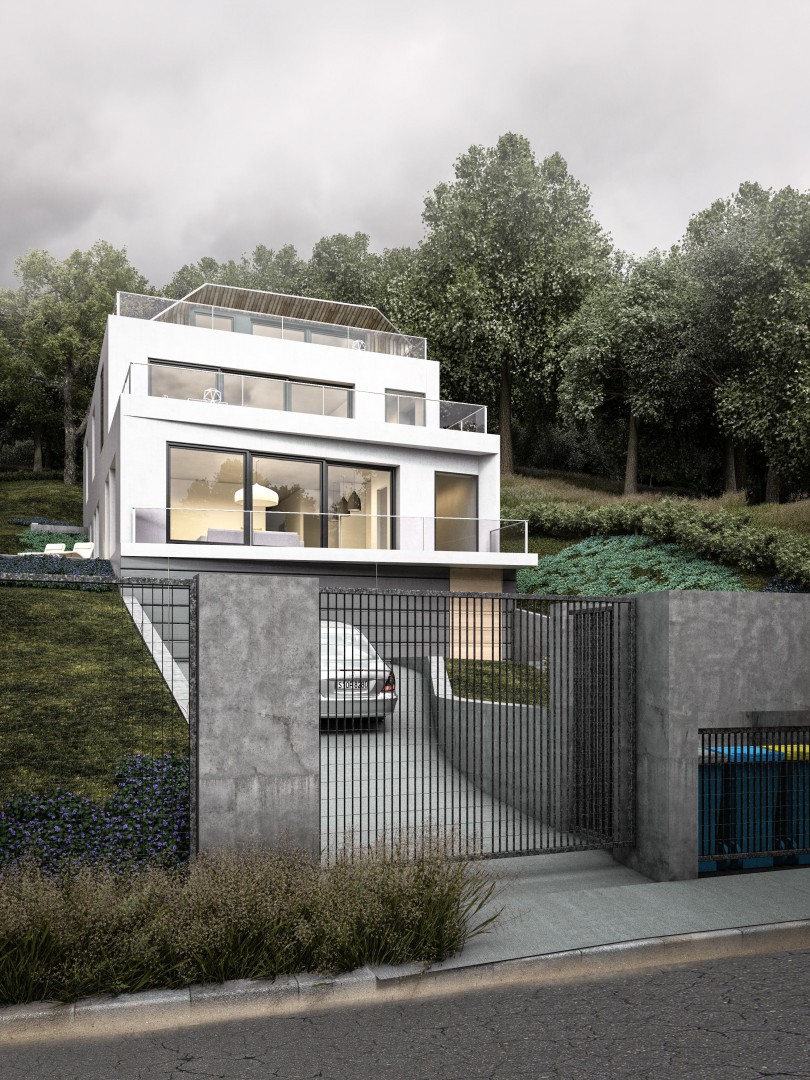 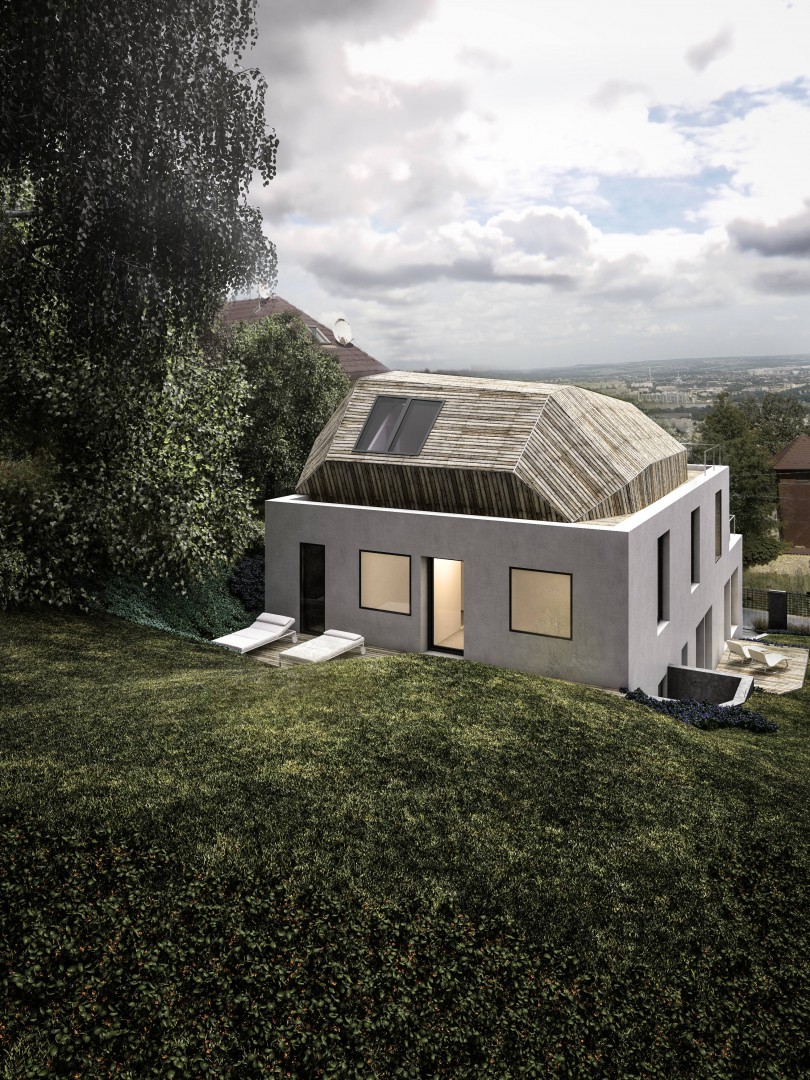 The design location of the plot with a breathtaking panorama located in Remetehegy at III. district. This is the same as the location of Haránt köz I. The challenge of the design was that the building of Haránt köz I. makes the most of the possibilities provided by the regulations, and in this case, we had to design a premium two-apartment condominium for the plot with the same construction parameters instead of one living space. Despite the unfavorable features of the relatively narrow plot, which is constantly narrowing towards the mountain, we placed the building on the steep terrain in a way, which ensures that that the residents of both flats could enjoy the view of Budapest from the designed flats and the associated terraces. Taking advantage of the existing terrain, we placed the building in such a way that a direct connection with the back garden could be established from the first-floor level. The formal design of the roof structure, which plays an important role in the architectural concept of the building, was developed according to the current legislation. From the south side garden, we create a landscaping area that can also be used as a terrace, which serves as a direct connection to the garden. The back garden can be accessed via the associated external stairs.